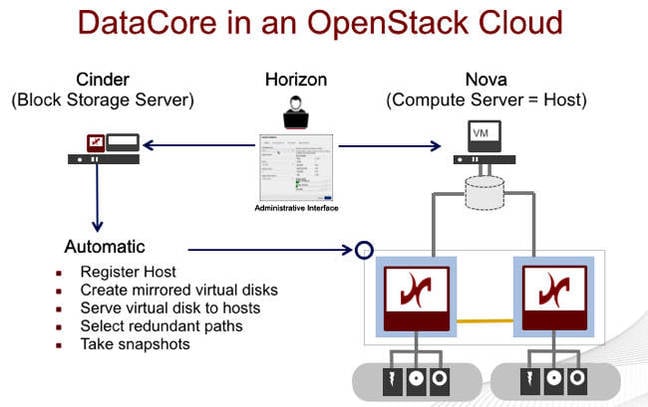 The Veeam support is in addition to supporting CommVault Simpana’s IntelliSnap technology and Microsoft Data Protection Manager. With Veeam back-up a virtual machine is momentarily suspended, a snapshot taken, the VM resumed, and its datastore is backed up in a background process.

The RWA converts high-latency random writes into storage-friendly sequential ones, and so makes disk writes overall faster. In fact, DataCore says, writing to a SATA disk with RWA can outperform random writes to an SSD.

SANsymphony is a classic virtual SAN product now in its tenth generation and vastly more capable, mature and rounded than Johnny-come-lately EVO:RAIL-type products using VMware's VSAN. In the pure software-only storage market DataCore and Nexenta are the two leading players.

Recently, DataCore has become involved in the hyper-converged system market with Huawei. Its customers - the firm claims to have many more than 10,000 of them - should be pleased with this PSP2 update. ®