Taming the Thames – The place that plugged London's Great Stink

How Joseph Bazalgette flushed the capital into the modern age

Geek's Guide to Britain At various times in the history of the UK, there’s been a massive stink at Westminster, accompanied by demands that “something must be done”. We’ll be stumbling through the demands for PR after this year’s election for a while yet, but spare a thought for the politicians of 1858 who had to endure The Great Stink.

With a river soaked in effluent, the stench back then came from outside the House of Commons rather than inside. Cholera raged across London, killing three times as many as in areas with cleaner water. While John Snow had traced an outbreak in Soho to a water pump, many still believed in theories about miasma – that the source of illness was in the air.

Against this background, Joseph Bazalgette was given the go-ahead to build the sewer system that finally made London a really modern city. With a system of interconnecting sewers both North and South of the river connecting to the growing suburbs, the Thames was finally tamed. In fact, the system had been planned four years previously, in response to the cholera crisis, but it was the Great Stink that gave the impetus to pass an enabling Act.

Bazalgette’s system is really two separate ones, with the separate branches of each converging, before ultimately the sewage was still dumped into the river – just not where it would bother anyone who really mattered. In the north, the sewers converge at Abbey Mills, where a pumping station linked them to the Northern Outfall Sewer, visited by El Reg’s Bob Dormon not so long ago, who was tracing its high fibre diet. In the south, sewage was originally dumped into Deptford Creek. By 1860 work had begun on the Southern Outfall Sewer, which was to take the waste all the way to Crossness, on the edge of the Thames a little way beyond Woolwich. And in 1865 – 150 years ago this year – the Crossness Pumping Station was opened. 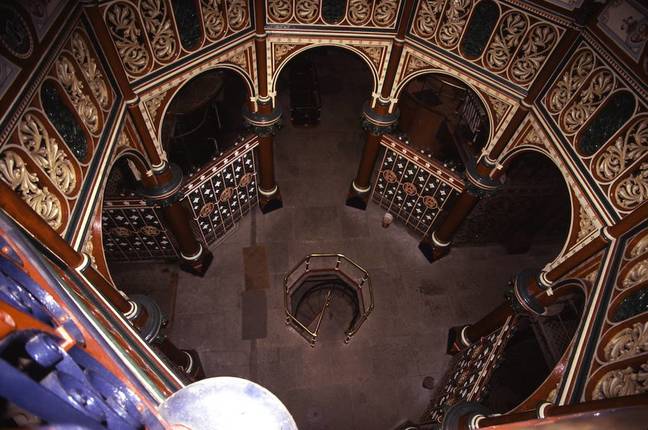 Just seven years after the Great Stink, this masterpiece was opened

At Crossness, a huge covered reservoir stored everything that comes from the sewers south of the river. Covering over six acres, and capable of holding 27 million gallons, it was filled by the engines in the pump house raising the sewage up, and then opened at high tide, to allow the contents to flow out to sea as the waters ebb. In 1865, sewage treatment as we know it hadn’t been developed, so the aim was simply to dump the muck as far away from where it mattered as possible. 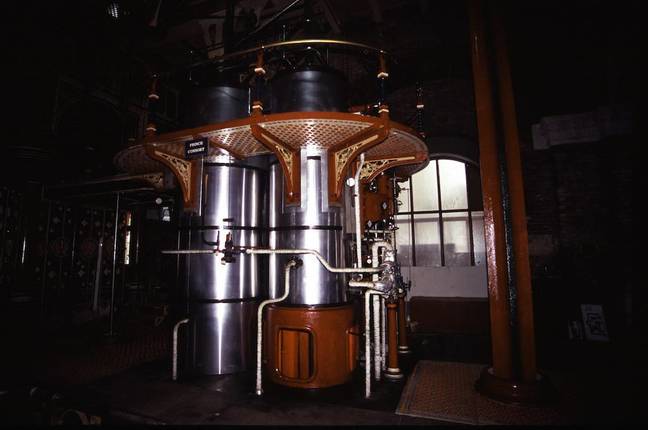 The Prince Consort. Could you name a sewage pump after a Royal today?

The Victorians, of course, did things in style. Just as two years before, a banquet had been held at Farringdon Station to mark the opening of the world’s first underground railway, so Crossness was opened with pomp and circumstance, with the Prince of Wales starting the engines in the company of two other princes, a Duke and a pair of Archbishops.

As you might expect, given the spirit of the age, the four engines – built by James Watt – were given suitably regal names: Victoria, Prince Consort, Albert Edward and Alexandra. Another four engines were added in 1897 to provide additional capacity. A few years later, the original steam engines were upgraded with additional cylinders, before the four additional engines were replaced by diesel in 1913.

By 1956, all the steam-powered machines had been decommissioned, with the last major use of the Prince Consort engine being to help pump water after the great floods of 1953. Like much old Victorian machinery, their story would have ended with rot and decay, were it not for the Crossness Engines Trust. 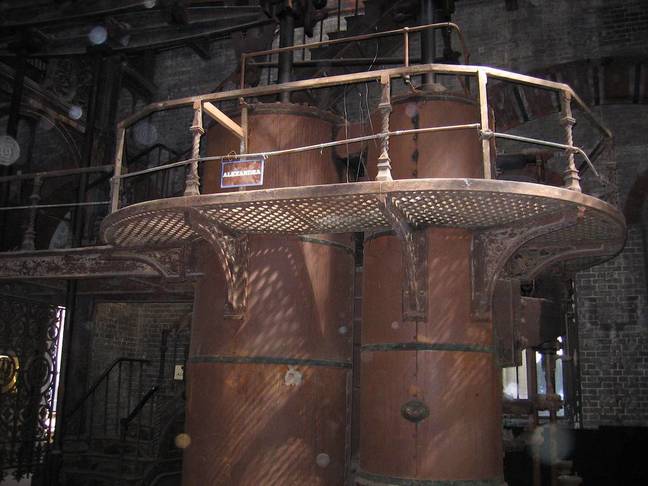