Fedora 22: Don't be glum about the demise of Yum – this is a welcome update

Retreat from the dark side

Review The big news with Fedora 22, just delivered, is the Fedora project actually managed to stick pretty close to its proposed schedule.

Fedora 22 arrived just one week later than scheduled – but what's a week after the month-long delays of the last few release cycles?

It would seem that the recent top-down restructuring of the Fedora project is working, at least in terms of development time. The Fedora release announcement characterises Fedora 22 as: "Fedora 21 after it'd been to college, landed a good job, and kept its New Year's Resolution to go to the gym on a regular basis."

I would hesitate to endorse the gym bit since I found this release a little sluggish, but it builds on the very nice base that was Fedora 21 and brings in all the latest packages.

That new structure in the Fedora project has seen Fedora 22 released in three "flavours:" Cloud, Server, and Workstation. All three build out from the same base, adding packages relevant to the individual use case.

Although I tested both the Server and Workstation options, I'll primarily be focussing on the Workstation variant since that's the desktop version most users will want. 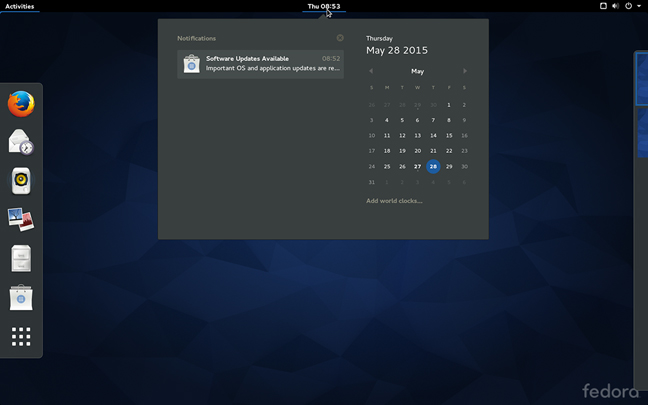 Perhaps the most interesting change is that Fedora 22 no longer uses Yum to manage packages. That may comes as a shock to some since, if you're like me, the first thing that springs to mind when you think of Fedora is Yum.

However, Yum has been deprecated in this release and replaced by DNF and hawkey for package management.

The good news for long-time Fedora users is that DNF is very close to being totally command-line compatible with Yum. And Yum is even aliased to DNF, so you can still type "yum install mypackage," and, once it's done telling you Yum is deprecated, it will install as always. But that will change in future releases, so you're better off getting used to typing "dnf install mypackage".

In short, yes, Yum is gone, but oddly, you may not even notice.

The installation process hasn't changed much in this release. I've criticised the Fedora installer in the past so I won't repeat that here except to wonder – once again – why confirmation buttons are at the top of the windows. I can't think of another piece of software on any platform that does this.

The most visible change in this release is a version bump for GNOME. Fedora has long served as one of the best showcases for GNOME Shell and Fedora 22 is no exception. This release updates GNOME to 3.16, which is notable for its new, lighter theme and revamped notifications system.

The first thing you'll notice when you fire up Fedora 22 is that GNOME's default dark look has been toned down a bit. Ever since GNOME 3.x débuted its default (and not very customisable) theme has been black. That's subtly changed in this release with many elements moving to a lighter shade of grey.

It may not sound like much, but the result is much easier on the eyes, especially all the white text against a dark background, which is now considerably less garish. 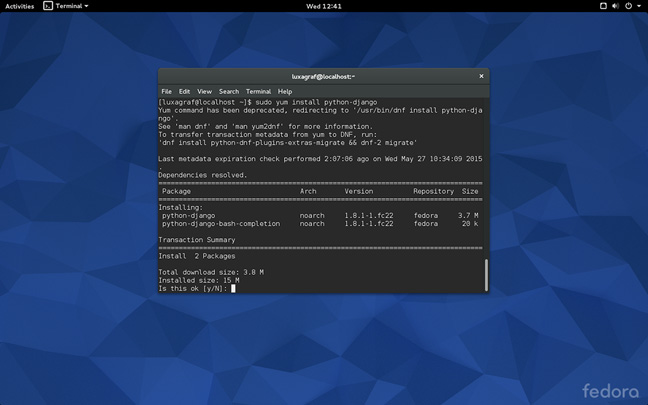 Fedora 22 is Yum-free, but would you even notice?

Next page: Roomy and less gloomy, if a little bit sloooow
Page: