The rare metals debate: Only trace elements of sanity found

Know what a mineral reserve is? No. There's your problem 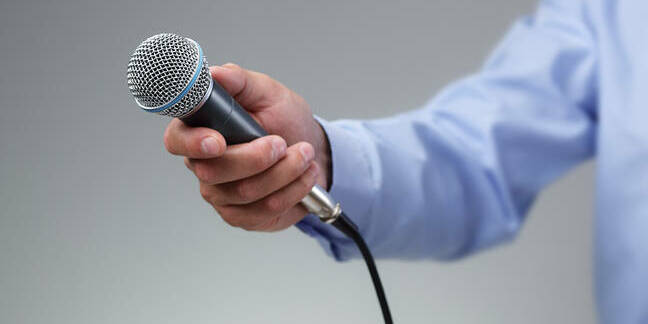 John Humphrys (for it is he): Mr. Worstall, why is it that your new report shows that soon all will be dead?

Worstall: John, it's 7am. Currently there is food in the fridges of the nation for breakfast. But in two hours time that will be eaten, gone, there will be no more. Therefore, everyone will die because NO BREAKFAST.

Worstall: Mineral reserves are disappearing at an alarming rate. Official figures show that within 30 years most of them will be used up and there are no more reserves. Industrial civilisation will crash, billions die, because NO MINERALS.

In that first instance we would agree with the nutter Worstall: eating breakfast does mean no breakfast in the fridge. We'd also agree that we understand that there is a vast industry dedicated solely to replenishing that breakfast before 7am tomorrow.

Pigs will fuck, those that were fucked into existence six months ago will be slaughtered, their older brethren sliced after they've been nitrated and the warehousing and retailing system will click on another day and provide the necessary bacon. And so on, ad infinitum.

The second explanation of why we're all going to die will get you a book contract, vast wealth and if you're lucky, a Fellowship of the Royal Society. For no one really seems to understand what a mineral reserve is, nor what it is that a lot of the mining industry actually does. A mineral reserve is a lot closer to that fridge than it is to any other part of the preparation chain.

The official definition is here (PDF):

A "Proven Mineral Reserve" is the economically mineable part of a Measured Mineral Resource demonstrated by at least a Preliminary Feasibility Study.

This study must include adequate information on mining, processing, metallurgical, economic, and other relevant factors that demonstrate, at the time of reporting, that economic extraction is justified.

The other part of that document relevant here is what is a resource?

A Mineral Resource is a concentration or occurrence of diamonds, natural solid inorganic material, or natural solid fossilised organic material including base and precious metals, coal, and industrial minerals in or on the Earth's crust in such form and quantity and of such a grade or quality that it has reasonable prospects for economic extraction.

The location, quantity, grade, geological characteristics and continuity of a Mineral Resource are known, estimated or interpreted from specific geological evidence and knowledge.

When you go and look up the numbers (the usual place is here at the USGS) you'll see that reserves and resources are listed, where they are known.

And what every, but every, loon that wants to cry Ecodammerung upon our heads does it takes the reserves numbers. The fridge, as you will recall. Not the food system as a whole, but the fridge. Yet as we can see this isn't anything like the amount of whatever it is that is available to us.

So, it cannot be used as a measure of what is available to us. Those reserve numbers are what we have measured, weighed, checked, drilled and tested: tested that we can extract them with current technologies and at current prices and make a profit doing so.

In fact, we have proven all of this to certain legal and economic standards. Many get the importance of being able to make a profit: reserves rise and fall with the prices of the minerals, this isn't any secret.

Yet entirely reasonable and respectable people do get this next part wrong: Jeremy Grantham has been shouting about phosphorus and potassium (for fertilisers) for some years now. He correctly notes that reserves of each would last some 30-60 years at current consumption rates.

He then leaps to the conclusion that intensive agriculture is doomed, I tell ya, doomed, which is entirely nonsense: resources are 1,500 and 13,000 years respectively. Perhaps I'm being a tad lackadaisical but I tend to reckon that 1,000 years of anything is enough to be getting on with.

When Grantham is reminded of this (as I did in a recent letter to the editor in Nature as a result of a piece of his) he retreats to, well, but why aren't people working to convert resources into reserves? To which the answer is that they are – I know of at least two potash mines doing so and of a phosphorus mine awaiting permission to do so. But as a financier, Grantham really ought to know the reason: the time value of money.

For this is the part that people often really don't know about the difference between reserves and resources: that “proven” part. It takes a hell of a lot of money to prove that resource into a reserve.

Certainly years of work and millions: tens, possibly hundreds of millions for a large project. I know of one nickel project where, even after the owners spent $4bn, it's still not really a reserve: because they're using a new processing technique that may or may not be profitable.

In fact one useful (but not quite accurate) way of thinking about reserves is the stuff left in the mines we're already operating.

So why don't people spend more money on converting resources? Because it might be 30 or 60 years before we start to actually mine them. And since money has a time value it's better to spend the cash in 25 or 55 years' time rather than now, and just wait as the interest bills pile up.

The pig industry doesn't deliver a year's worth of bacon to every fridge but staggers the production and preparation.

Next page: You know what you know
Page:
Tips and corrections
89 Comments

What? No way. Apple? Censoring iOS 13 to appease China? Gosh. How shocking. Who'd have thought it?

iGiant declines to Taiwan on for Hong Kong and Macau