The rare metals debate: Only trace elements of sanity found

Know what a mineral reserve is? No. There's your problem

The No Breakfast Fallacy

A small technical point here: the thing all of the metals have in common is that they are extracted as by-products from other mining activities. Thus, under our strict interpretation of a reserve, that it must be possible to mine it economically, there are no reserves, because we cannot mine, say, hafnium or gallium economically.

We must mine the other metal economically and then, if we so wish, extract the Hf or Ga as well. But that ain't a reserve of Hf or Ga. And, most certainly, even if we relaxed that definition of a reserve, no one at all has bothered to prove, to the required legal and economic standard, that it is a reserve.

In more detail, here's what they did with hafnium. They looked around for reserve estimates for Hf. USGS and others don't have them: for there are, as above, no such reserves. I am certain that they then alighted on the US DoD's stock of Hf: the stuff they keep just in case a shooting war breaks out.

Back then there was indeed roughly a decade's worth of hafnium in that stock. So, plot annual usage against that DoD stock and Aiee! There is no breakfast and we all die.

But that's to be entirely ignorant of where we get our hafnium from. Zirconium and hafnium are chemically very similar. So similar that they are, in technical terms, a right bugger to separate. Further, for almost all the Zr we use we don't care if there's Hf in it. Which is useful: because almost all the Zr we mine is 2-4 per cent Hf.

The only time we do care is when we're playing nuclear: Zr is transparent to neutrons, Hf opaque to them. Thus when we want to make Zr tubes with which to put our uranium into reactors, we must first extract that Hf (which we often then use to make control rods).

And that's where we get our Hf from. We mine some 600,000 tonnes a year of zircon (the sand) some of which we process into zirconia (the oxide) and then to the metal (zirconium) and for that small fraction of it that we want to use nuclearly we extract the hafnium.

So we supply the world with the few hundred tonnes a year it uses of this lovely metal, while the rest is available to us and just gets thrown away in the zirconium. But if we want more we can just process more out in the same manner. We're no more going to run out of Hf than we are of eggs while chickens still survive.

Similarly, we don't have reserves of indium because we get it from lead and zinc ores, of tellurium because we get it from copper slimes (the sludge on the tank bottom after we've done the anode to cathode purification bit). Gallium comes from the bauxite to alumina process (nicely, it concentrates in the big tank we boil the stuff in) and there's a 1,000 year supply just in the bauxite we already know we're going to process.

Germanium we can get from fly ash from coal burning or lead ores. And so on and so on. Those metals that we get as by-products don't, in the strict sense, have any reserves at all: because we get them as by-products.

Thus, to say that we're going to run out of reserves is, well, I've already said it, haven't I, gargantuan ignorance.

This does not mean that everything is peachy forever and ever, of course. There are limits to how many atoms of whatever element it is on the planet. We are not entirely the same as farming, where we can always get the pigs to get makin' bacon. But the limits implied by availability are so vast that they're really not anything of any current concern. 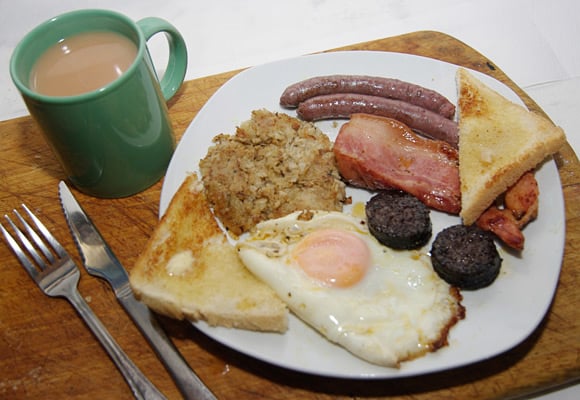 Breakfast anyone? Anyone ... ANYONE?

It's not even true that all future deposits mined will have higher energy requirements: those blood in the mobile mines in DR Congo are so rich in ore that they can be mined by those child slaves with bucket and spade (sorry, shovel, farmers use spades. Which is your Sir Pterry reference for the day). That's a very low energy mining, much lower than the automated mines of Oz or Canada.

With regard to minerals, I'm afraid they're all wrong. Al Gore, Jeremy Grantham, the NEF, Paul Ehrlich, all the doom'n'gloom merchants, including, yes, the Club of Rome. They're simply flat out wrong when they preach that mineral resources are about to run out.

Their first mistake was failing to understand what a mineral reserve is. Their second, to think that by-product metals even have reserves. Then they measure future availability by comparing reserves to annual usage. Just simple, plain, flat out, ghastly ignorance of the subject under discussion.

And the real problem is that the people running the world appear to believe much of this tripe. Planning our futures without understanding even the basics of our present.

They're all, all of them, committing the “No Breakfast” Fallacy. It's amazing that anyone ever makes it through to lunch really, with this quality of governance. ®

Tim's book, The No Breakfast Fallacy, is available on Kindle in the US and the UK now.

Want to hear more from Tim in person, or just tell him why he's wrong, face-to-face? Come and hear Tim at The Reg's Summer Lecture season as he explains the absurd economics underlying the technology industry by taking us on a journey around the world's rare metals hot-spots. Full details here.