Singer Enrique Iglesias came off worse from a scrap with a UAV during a concert in Tijuana, Mexico, over the weekend.

According to a representative of the Spanish crooner, "a drone is used to get crowd shots and some nights Enrique grabs the drone to give the audience a Point of View shot".

"Something went wrong and he had an accident. He was semi-treated by crew on the side of the stage to try and stop the bleeding. He was advised to stop the show." 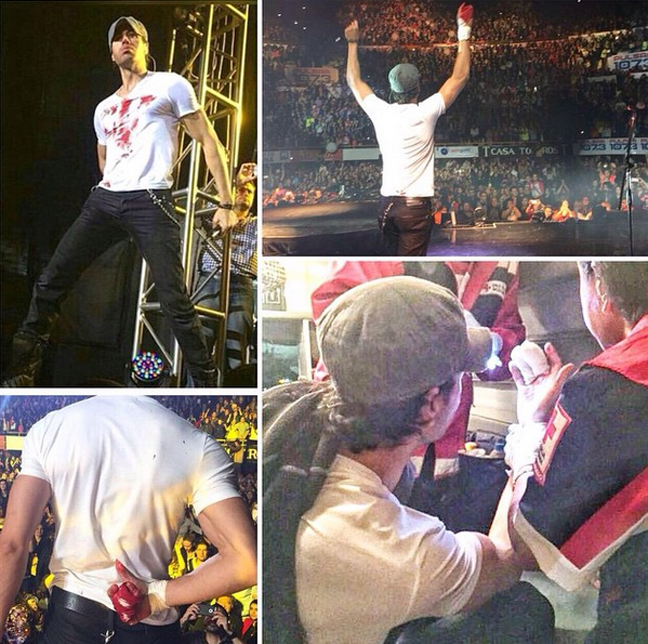 However, despite an injury to his right hand, Iglesias continued the performance for 30 minutes in true show-must-go-on style. He was then whisked to the United States for specialist medical treatment.

Iglesias is currently wowing audiences across the globe with his Sex and Love World Tour. He's due back on stage in Mexico City on 3 July. ®

The type of drone responsible for the strike is unknown, and rumours that it may have been hacked by someone less than impressed with Iglesias's hugely successful crossover style appear to be unfounded.