Three-way boost as hardware, software and service get updated

FlashArray//m is the hardware, Pure1 the cloud and analytics support facility, and Evergreen the upgraded upgradability scheme. Given that Pure is the leading all-flash array start-up, and second AFA supplier in the industry according to Gartner, we’ll give this a fair level of detail.

There are three FlashArray//m models – the m20, m50 and m70, effectively replacing the three FA-400 models, which can be upgraded to "m" status non-disruptively. 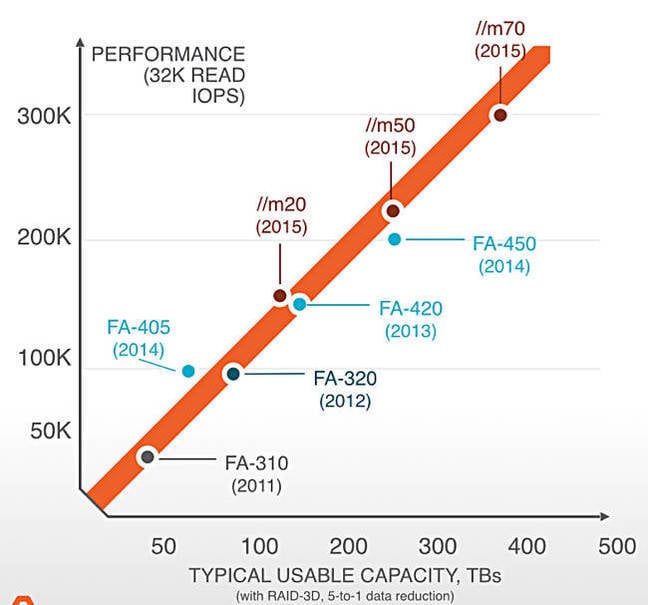 The starter system is a 3U enclosure with dual controllers talking via a mid-plane to up to 20 flash modules, two modules per slot, which have 12Gbit/s SAS connections and can be 500GB, 1TB or 2TB in raw capacity. Starting systems can be controller-only configurations, suitable for controller-upgrades of FlashArray 400 systems, or populated with flash modules.

Pure says the chassis has just six cables, with no rat’s nest at the rear. 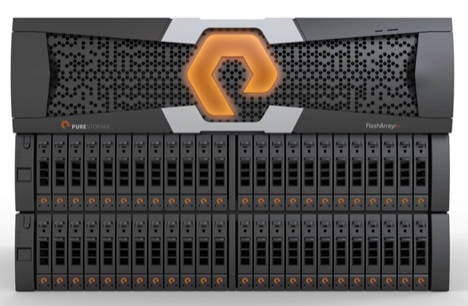 The //ms need less than 1kW of power.

The //m arrays cannot be clustered or federated together "today", Pure's EMEA CTO Alex McMullan said. But he did tantalise, saying that NVMeF (F for fabrics) looked the right way to go in future; like DSSD.

This means that scale-out all-flash array suppliers, like HP, NetApp and EMC, have an advantage in this regard. 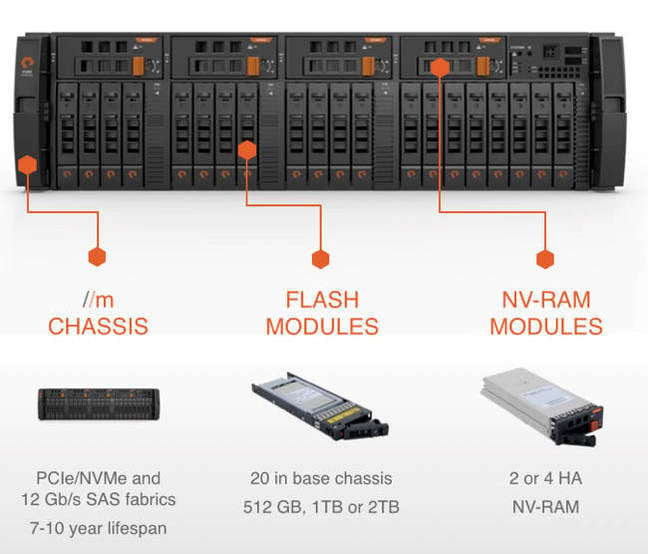