Everyone's at it: Backup folk spaff out tsunami of cloudy, flashy gear 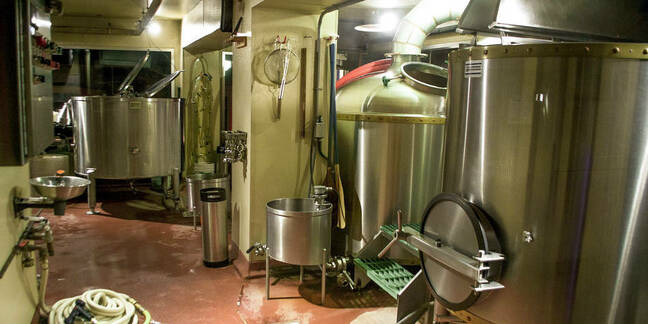 Arkivum has a pair of tape-based archiving products; Arkivum/1+1 and Arkivum/OnSite and claims it is the only supplier in its market to guarantee 100 per cent data integrity.

The existing Arkivum/100 product offers archiving in the cloud with multiple copies of the archived data in different data centre locations. It says Arkivum/100 "guarantees the authenticity and trustworthiness of data, whether archived for one or 25 years".

That doesn't sound much when Blu-ray, disk-based archiving products from HDS and Sony talk about 50-year disk lifetimes.

For customers that don't need a 100-per-cent data integrity guarantee, Arkivum/1+1 is a fully managed cloud-based storage service for data volumes of 250+ terabytes and timescales of more than five years. It is said to be cost-effective, but when has there been a supplier which hasn't said that about its products? It works by archiving one data copy and holding another in escrow.

Customers pay for the space needed and Arkivum/1+1 can be mixed with Arkivum/100 in any ratio as needs grow or change.

Arkivum, founded in 2011, reported 300 per cent growth in 2014 and expects the same this year. Its customer contracts typically span 10-25 years, which is unusual. CEO Jim Cook said: "Total cost of ownership is... much lower when compared with solutions based on in-house tape, disk-based systems or systems designed around commodity services.”

This gets CommVault File Sharing and a so-called Edge Drive, a virtual folder that acts as a “personal cloud” for real-time sharing across mobile devices and through a web console.

What CommVault has not done is to introduce a file sync ’n' share appliance with included back-up data protection. CommVault File Sharing with the new Edge Drive feature is available now and is licensed per user. No prices were provided.

Sphere 3D has a SnapCLOUD filer-in-the-cloud product, saying it is a virtual storage platform. It is controlled by the Guardian OS and is compatible with Sphere 3D's SnapServer and SnapScale on-premises products. Sphere3D says users of those products can integrate a SnapCLOUD instance into their current infrastructure in minutes, and create a hybrid cloud set-up.

In July, customers will be able to purchase up to 32TB of SnapCLOUD storage per image in the Microsoft Azure Marketplace, in 1GB increments on a pay-for-use basis. Request a tech preview here.

Unitrends is talking about a Forever Cloud product offering infinite data retention in the cloud, saying Unitrends Recovery-Series and Enterprise Backup customers can copy on-premise back-ups to a Unitrends’ cloud and retain the data for an infinite number of years*. (Infinity sounds quite a long time. We wonder what the SLA says? "We guarantee to retail your data for one million years or the end of the Earth, whichever comes first," perhaps.)

Forever Cloud actually stores a set of daily, weekly and monthly back-ups and an infinite number of annual back-ups for one base price. Customers pay for the amount of protected data, not the amount of cloud storage consumed which, Unitrends said, contains costs over time.

The Unitrends Cloud is a cloud recovery service with off-site storage, instant recovery and long-term retention.

As you would expect, you can restore individual files, emails, SharePoint documents or single virtual machines.

VAS v9 will be released later this year, probably in the fourth quarter, as Veeam is promising teaser announcements of other new features in the summer and autumn.

El Reg says back-up producers are like artisanal bread or wine producers, with gazillions of choices and no overarching one-product-does-it-all suppliers crushing the competition. Put it another way: back-up supermarkets have not killed off back-up, mob-and-pop shops, nor are the big beer brewers skewering the micro-breweries. ®

*Unitrends amusingly offers this thought: “The cloud. Enormous promise, and yet has there ever been a more over-hyped term in the technology industry?” And then, with no sense of irony at all, offers infinite data retention in the cloud.

The 'experience' will be available from mid-January, 2020