You'll never love an appliance like your old database

What stops you committing to the all-in-one hardware solution? 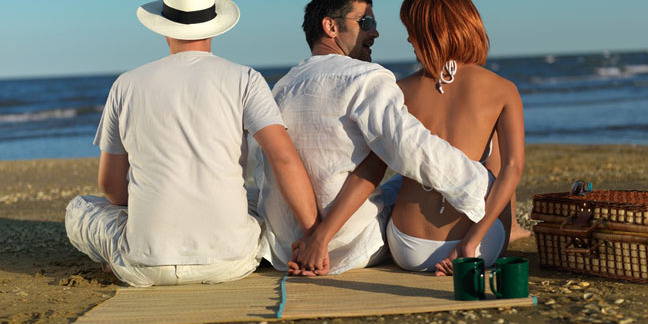 Huawei recently announced a database appliance. The Appliance for Large Database is based on the Chinese data centre usurper’s FusionServer RH8100 beast that targets RISC with a battery of Xeon Intel chips.

The Huawei machine has been constructed for the newest version of SAP’s Business Suite, S/4HANA, which was announced earlier this year: SAP’s first in-memory-only edition of its flagship suite.

The marriage of software and metal in the form of an appliance isn’t new, especially in databases. Rather, it’s something database suitors such as Oracle and Microsoft with their relational databases have been pushing for years, to tap the performance power of the raw hardware and suposed simplicity of installation and configuration of the database. Finally, no need for a separate database.

It sounds good, but do appliances really mean the end of the discrete database?

With so many other discrete functions being packaged into simple, easy-to-install appliances, it was only a matter of time before database vendors did the same. Their biggest advantage is that they simplify the stack, says Jason Stamper, analyst for data platforms and analytics at 451 Research.

“The big advantage is that they combine storage, networking and processing into a single box, which means that the database administrator has less to worry about,” he says. “As they are dedicated appliances, the hardware has been chosen for its suitability to database tasks, so you know the equipment should be right for the task in hand.”

This can smooth the path for administrators. Oracle has said that a database admin can roll out its appliance in around two hours.

Typically, a generic database appliance is pre-configured and balanced for performance. It will include an element of redundancy for high availability, and some form of management layer to make configuration and maintenance easier. That can mitigate tasks such as software patching and testing.

Appliances will work for use cases that don’t need cutting-edge performance. “The model is particularly good if you’re a smaller company that doesn’t have a database or storage specialist. The idea of having a simple appliance that you can switch on and manage relatively simply, without having to worry about all of the individual components within, it may make perfect sense,” says Dale Vile, co-founder of tech advisory firm Freeform Analytics.

Perhaps most importantly from an IT manager’s perspective, the appliance represents a single “throat to choke”, because if anything goes wrong, you won’t have a plethora of different vendors all pointing the finger at each other. Some appliances will even phone home their faults, alerting vendors to service calls.

“If you talk to an IT decision maker about database appliances, they might think: 'That will replace half a rack of compute and storage that is specifically just serving my database workload’,” according to Giri Fox, director of customer technology services at Rackspace.

It all sounds like a slam dunk for IT managers fed up with configuring their own equipment, but does this mean that the appliance will replace the discrete database? It’s unlikely for a variety of reasons, say the experts.