Disconnect app maker runs to EU to moan about Android 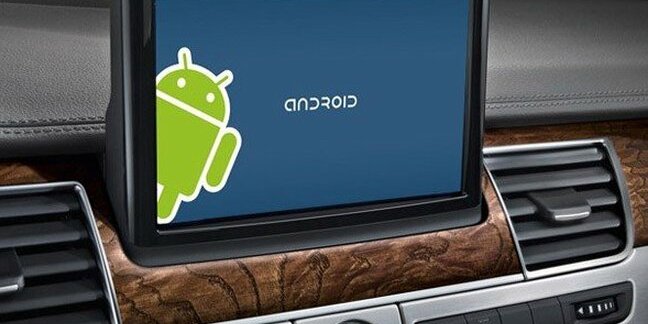 Privacy app maker Disconnect has filed a formal complaint against Google with the European Commission, adding to the Chocolate Factory’s EU competition woes.

“Disconnect charges Google with abusing its dominant market position by banning Disconnect’s app, a revolutionary technology that protects users from invisible tracking and malvertising, malware served through advertisements,” said the company in a statement. The Commish confirmed it had received the complaint, but, as always in these cases, wouldn’t elaborate any further.

But it is likely the Commission will take the complaint seriously, since the EU institution itself opened an investigation in April into just the sort of anti-competitive behaviour alleged here.

The “dominant market position” that Disconnect is referring to is the dominance of the Android operating system in mobile phones: Android was run on around 80 per cent of smartphones shipped worldwide last year.

Google pulled the Disconnect app – which facilitates Virtual Private Network (VPN) tunnelling – from its Play store last year, saying that because the app blocks ads and tracking, it interferes with other third-party apps, a practice outlawed in Google’s Play store policy.

Disconnect said Google banned its app because it was cutting advertising revenue, but the real thrust of its complaint is structured to chime with the Commission’s own investigation. According to Disconnect, Google is favouring its own own privacy and security software over rivals.

Google is likely to argue that it is not dominant in the area of VPN applications and that plenty of other similar apps are available on its Play store.

"This claim is baseless," a Google spokesman told El Reg. "Our Google Play policies have long prohibited apps that interfere with other apps - such as altering their functionality, or removing their way of making money. We apply this policy uniformly and Android developers strongly support it. All apps must comply with these policies and there are over 200 privacy apps available in Google Play that do." ®