One cable to rule them all? Well, kinda 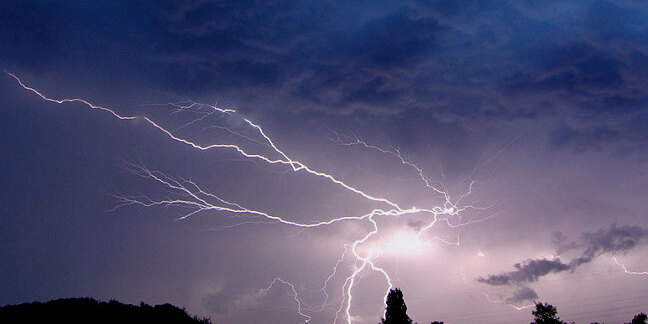 Computex 2015 Intel's sort of given up on the Thunderbolt interface - but it's also found a way to help increase its relevance by making it a superset of USB 3.1.

Thunderbolt has always been fast, and has the nifty trick of connecting peripherals, carrying data and bringing video to monitors over a single cable — but it never took off.

Within the last 24 hours, at Computex 2015, Intel announced it has passed the 100-million-mark for Thunderbolt-equipped devices. However, that's not really an impressive sum given it's been around for years and PCs still ship in their hundreds of millions each year.

Peripherals makers never got excited about the technology, with only a few providing dedicated devices.

Chipzilla's now come to the conclusion that Thunderbolt can't stand alone, so has adopted the USB-C port for the standard, replacing the current proprietary port. That means anything with a USB-C connector should work in a Thunderbolt port.

However, Intel's hope is that punters take advantage of Thunderbolt's many talents to hook up their machines to a hub of some sort. The idea seems to be that future laptops will mostly have USB-C slots.

If you choose to use USB devices in those, good on you. If you want to use one to run a single wire to, for example, a hub with USB ports and a couple of video out ports, you'll be able to daisy-chain all those peripherals back down the single cable into the PC.

Intel says the revised standard can handle just about every video standard known to humanity, although adapters will of course be required.

Intel thinks that falling prices for 4K tellies and monitors (high resolution, 4,000 pixels), plus the advent of 4K cameras for consumers, will give Thunderbolt new relevance.

It's therefore hoping gamers and heavy video users become keen on version 3.0 as a way to drive lots of pixels into their eyeballs in a hurry. The company will also go hard on the notion that OEMs which choose the standard are also delivering vanilla USB 3.1 ports, along with some value add.

The new standard retains its ability to carry Ethernet traffic and assemble peer-to-peer networks among Thunderbolt-equipped machines, at 10Gbps. New drivers will allow Windows, Mac and Linux clients all to share a network, and a storage device.

Intel's announcement also mentioned an intention to develop active 40Gbps optical cables capable of achieving that speed at cable runs of up to 60 metres.

The thinking there is that in some content creation shops workstations are kept at a distance from the user (possibly in a data centre to keep it cool).

There's also the hope that cameras will employ Thunderbolt and use the long cable run to connect to storage devices.

At 60 metres and 40Gbps Thunderbolt might just become an interesting way to do some data transfers between servers, or some of the small NAS devices that are among the few Thunderbolt-equipped peripherals. Those cables are “targeted for 2016”, so don't hold your breath. ®