Off with its paravirtualised head, says Snoracle to desktop hypervisor 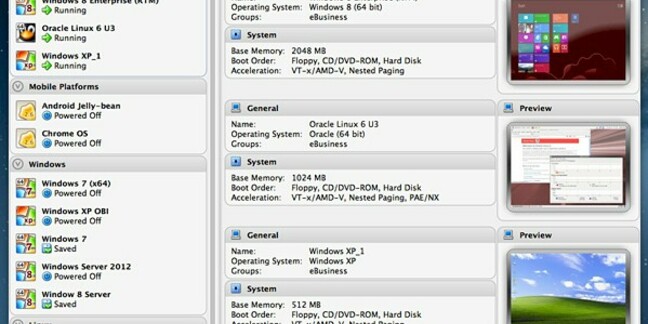 Snoracle's new version of desktop hypervisor VirtualBox has progressed sufficiently well that it's decided the revised tool is out of beta and into release candidate status.

VirtualBox is a developer favourite because, unlike rival desktop hypervisors from VMware and Parallels, it is free. Oracle's kept the tool alive and well-maintained, but hadn't lavished it with much attention until, in early April, a beta for version 5.0 emerged.

Betas two, three and four have appeared since, and on Monday release candidate one landed.

The beta process has not only been swift, it's also been uncontroversial: the change logs report mainly bug fixes rather than requests for, or debates over, new features. The big new features in v 5.0 are the ability to run headless virtual machines, paravirtualisation to better mimic hardware, drag and drop between VMs, plus to and from VMs and hosts, plus more encryption in more places including for virtual disks.

The project's forums suggest perhaps ten new issues have cropped up with rc1, but at the rate the betas have rattled along the project will be at rc2 in a couple of weeks. The Reg's virtualisation desk imagines devs will have a new toy to play with by the end of July at the latest. ®