Microsoft spunks $500m to reinvent the wheel. Why?

Comment As strange shopping expeditions go, this has to rank alongside London Bridge being bought, dismantled, and then rebuilt in Arizona. The world’s biggest software company, Microsoft, has now spent half a billion dollars on mobile apps that are poor cousins of its own Exchange and Outlook software. Apps that, in some cases, don’t natively work with Microsoft’s server software.

No-one can accuse a portfolio that spans Sharepoint apps, Yammer, Skype, One Note and Nadella’s big idea, Delve of being coherent, but even by Microsoft standards the acquisitions raise some puzzling issues. I've heard it described as Microsoft "re-inventing the wheel, but making it square", which is harsh, but captures some of the bemusement around the spree.

The most obvious question is: how can a software giant with over 100,000 staff and forty years of experience not find around a hundred people (at most) with the skills and experience to write some PIM software by itself? We’re not talking about a massively complex technical challenge, here. What Microsoft is looking for does not push the limits of human ingenuity, or require software of unprecedented scale or reliability. Sunrise is, er, a calendar.

I’m more intrigued by another puzzle: why are these acquisitions such a poor fit with Microsoft’s own rich back-end software? It’s almost as if corporate amnesia took hold and Microsoft simply forgot that it had a billion Outlook users, and a strong scalable system to support what it wants these apps to achieve. Did Microsoft mislay the documentation, and must now rely on others to explain how this stuff works? I’m only half joking. It’s totally baffling. 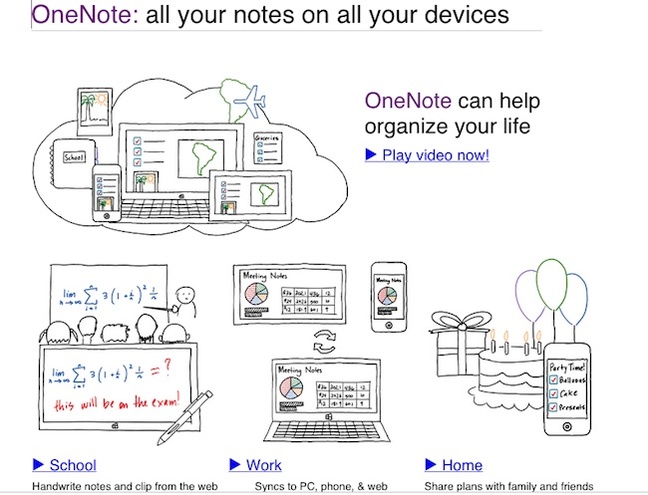 "Wait, you're saying we already have a tasks app? Never mind, let's get a few more."

Neither Wunderlist nor Sunrise support a fraction of the sophisticated feature set that Exchange and Outlook use. Outlook allows you to apply categories to both email items and tasks, assign single-click shortcuts, and create rules – the building blocks for complex workflows. In recent years the horrible scalability problems that plagued Exchange have been overcome. It works so well Microsoft has replaced Hotmail with the back end of Outlook.com, and will go further and build Outlook.com on top of Office 365. The Exchange protocols that Microsoft once tried to hard to guard are freely licensable. You can buy hosted Exchange for a couple of quid a month. Microsoft has done everything it sensibly could to make Exchange likeable. 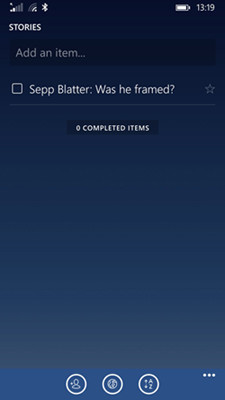 But the support for these features by Microsoft or third parties is poor. This is particularly striking on Microsoft’s own platforms. Windows 8.x doesn’t support Tasks at all. The support built into Microsoft’s own Windows Phone 8 Calendar is so primitive, it’s a slap in the face for Microsoft’s desktop users. The app just dumps all the Tasks alphabetically.

Elsewhere, I’ve found only one task app that supports Outlook categories, called Viperal Tasks. The developer doesn’t even have a website and it hasn’t been updated for two and a half years. Yet for Exchange/Outlook tasks, it’s still the best of the bunch, and it would still have been a better fit than any one of the acquisitions made.

Spurred on by the runaway success of Evernote, which boasted over 100m users a year ago, Microsoft has been pushing its own venerable OneNote hard. That runs well across multiple platforms – although the web version is slow and clumsy – and performs a decent subset of the productivity and tasks Microsoft wants. Meanwhile Microsoft will also be aware of the success of Slack, which is about the millionth time Lotus Notes has been “reinvented”. This time around group IM.

Mary Jo Foley has caught wind of a new project, or projects, which may extend OneNote and extinguish Slack, and she details what she knows here. It’s a must-read. But as far as I can tell, nothing in the acquisitions adds vital functionality, brainpower or IP Microsoft couldn’t otherwise develop. Delve is the most interesting new software for Microsoft customers in ages, but single-user PIM apps that don’t work with Exchange don’t help in any way.

There’s a popular apocryphal story about the reconstruction of London Bridge in Arizona. The buyer thought he was buying Tower Bridge. But this isn’t actually true: London Bridge was for sale, and the millionaire developer and businessman wanted to put his brand new town, Lake Havasu, on the map.

It worked. So maybe looking for a hidden reason for these strange and vastly overpriced deals will always be elusive – because it doesn’t actually exist. ®