Campaign launched to get Obama to drop espionage charges 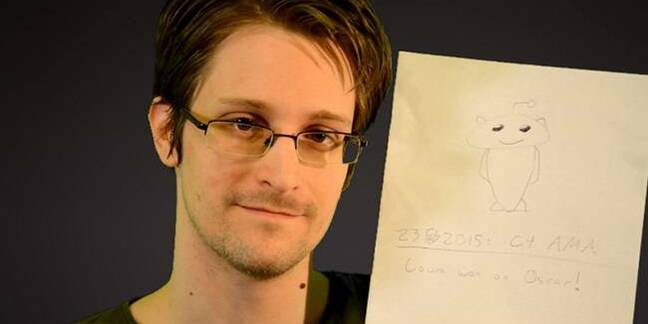 Free the Snowden One: The whistleblower is currently holed up in Russia

Amnesty International UK has launched a campaign to get President Obama to drop the espionage charges against NSA whistleblower Edward Snowden.

To mark two years since Snowden went public on the extent of the NSA’s surveillance activities, Amnesty has stepped up its campaign to get the charges against him dropped. Despite US efforts to extradite him, Snowden remains in Russia. He is unable to travel as his American passport has been revoked.

Amnesty spokeswoman Harriet Garland told el Reg that while she would like to see other countries offering asylum - “the offers haven’t exactly been flowing in” - the principle remains that he shouldn’t need it.

“Snowden’s actions changed the face of digital communications globally. Thanks to him, we now know that governments everywhere are intercepting and storing the private information of people on a mass scale, without our consent,” says Amnesty.

Speaking in a streamed interview on Tuesday, Snowden said he was pleased to hear of the minor success in the US as Congress reined in some NSA surveillance, but added that things are going in the opposite direction in the UK.

“If you think this doesn’t matter to you because you’ve got nothing to hide, think again: this is about your right to privacy, a right that is being violated when you make a call, send an email or search something on the internet,” said Amnesty.

Snowden faces up to 30 years behind bars if he returns to the US. Amnesty says this is a shocking price to pay for exposing human rights abuses. ®