Mac OS about to overtake XP according to Statcounter

If it's the first week of the month (and it is) that makes it time to have a look at desktop OS market share as calculated by Netmarketshare and Statcounter.

This month, both outfits recorded a small dip in Windows 7 usage.

Statcounter also has a surge for Mac OS, which it thinks is now just 0.03 per cent behind Windows XP's 10.54 per cent market share. Netmarketshare still has Mac OS a few points behind XP.

Let's look at the graphs so we can get a visual understanding of what's going on this month. 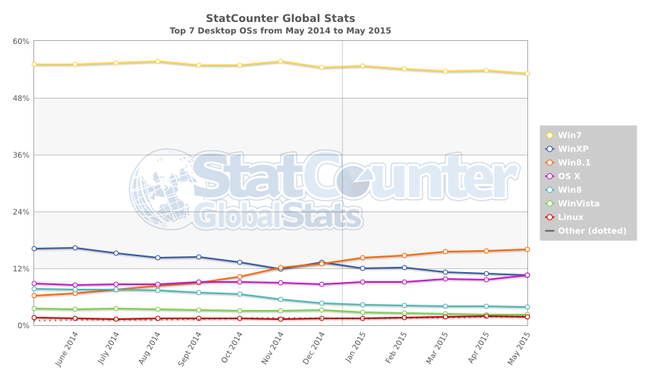 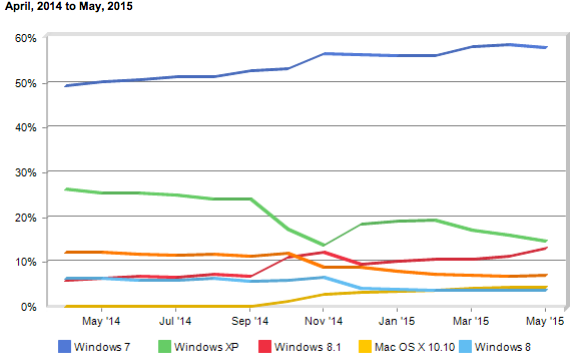 What to make of this month's data? The free upgrades to Windows 10 Microsoft is promising mean that those buying Windows 8.1 machines today probably know their new hardware won't be horribly out of data once the new OS lands, which may explain the rise in Windows 8.1 usage. The dip in Windows 7 is a little harder to explain, but could also be seasonal and/or methodological variation.

Whatever the reasons for this month's wobbles, August' numbers are surely the one to watch so we can learn just what impact Windows 10 has on the market. ®