You can justify spending a bit more. Who needs a house anyway? 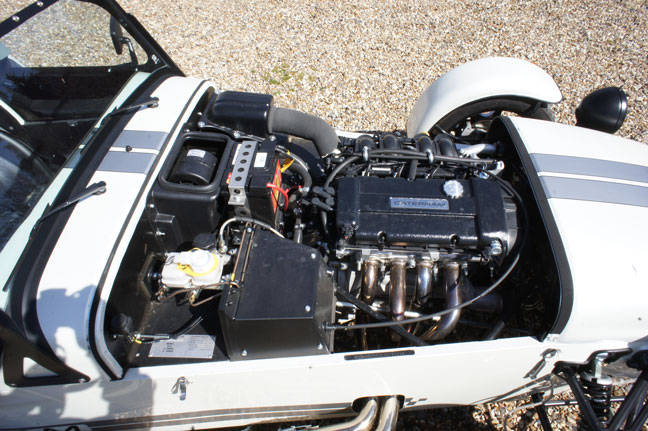 Sounds good for a mundane engine

Where the Ford engine really scores over the Suzuki one is the sound. A three-pot is never going to stir the soul and while a 1.6 four isn’t the baritone of a V8 or the scream of a twelve, it is a lot better than you’d expect. The large side-mounted exhaust helps too. While it looks cool, driving makes it is anything but, so you need to step out carefully. 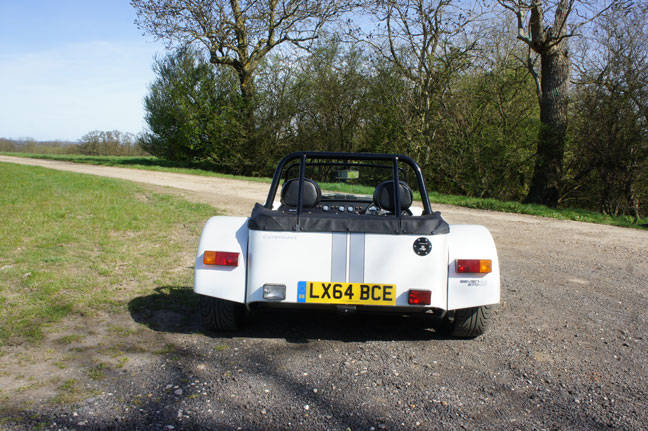 Wider body only necessary for the larger driver

I’d been warned that the floor in the review car was low, but while it’s always wise to treat speed humps with caution in any kind of sports car, it wasn’t an issue here. The lanes around the Mosquito Museum where we shot the video – because that’s where we are insured for filming – had long grass which needed a bit of care and coaxing, though this is clearly not the natural habitat for such a car.

There is something incredibly visceral about the Seven. It’s a cliché, but you wear it. The immediacy of the reaction to the pedals, the way you feel every jiggle. It makes you feel alive. It made a smile to break across my face, even with the roof down in the dark and rain . 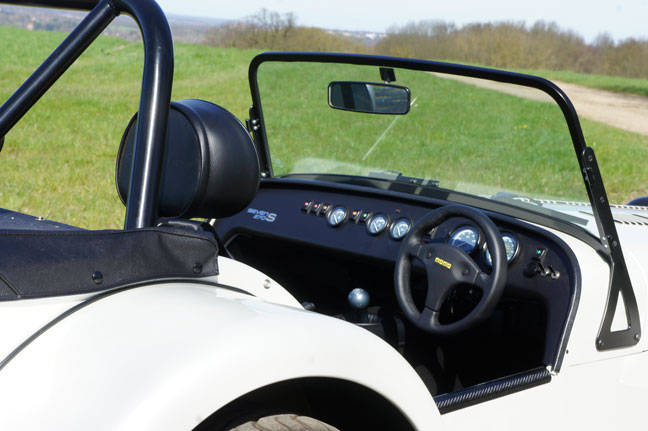 Cockpit: The more snug, the better 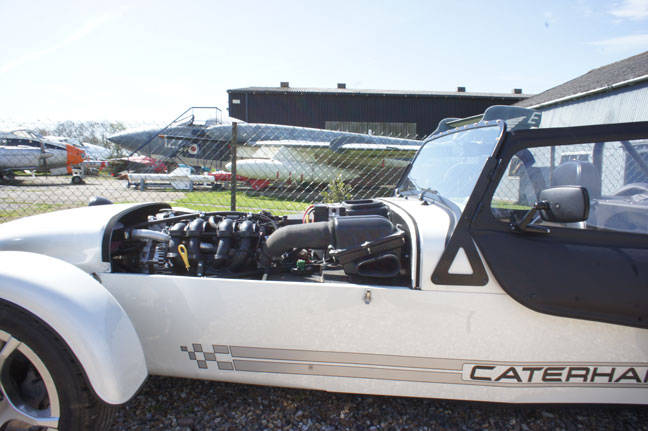 I loved the weekend I had in the 270S. But what I really loved was driving a Seven. The best value for money therefore rests with the 160, because to entertain the idea of more power is like signing up for automotive crack. You’ll just keep wanting more until you spend everything you have on it. ®

Blows away the cobwebs, has the potential to do the same to your bank balance.
Price: £30,000 as tested RRP
Page: