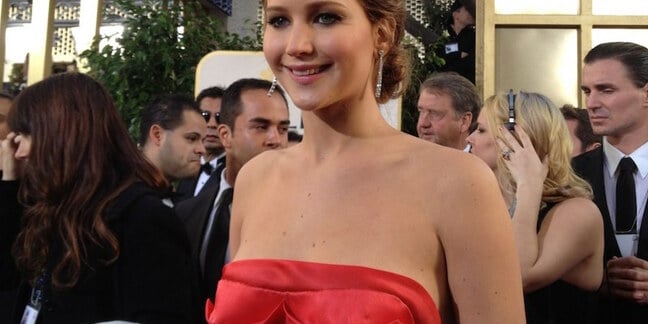 The FBI has seized the computers of a Chicago man in connection with the "Fappening" hack of Apple's iCloud system, which saw celebrities' nude photographs published online, a recently unsealed warrant has revealed.

Photographs and videos of more than 100 celebrities were published online last August after an unspecified intrusion into the iCloud platform.

The fruity folk claimed that iCloud accounts "were compromised by a very targeted attack on user names, passwords and security questions," and not "from any breach in any of Apple’s systems".

Gawker has published an unsealed search warrant, and related affidavit, about the FBI investigation into the event, which corroborates Cupertino's claims.

The affidavit specifies, in its "list of items to be seized", any and all records and materials related to "phishing" and "hacking email accounts, resetting email password, hacking utilities, [and] email forwarding".

Special Agent Josh Sadowsky, of the FBI's Cybercrimes Unit, claimed in the affidavit that an IP address linked to one Emilio Herrera's home "was used to access approximately 572 unique iCloud accounts", between 31 May 2013, and 31 August 2014.

Herrera, notably, has not been charged — nor, it seems, is he even considered a suspect.

The FBI said that "the unique iCloud accounts were accessed 3,263 times", and the Feds added that "a number" of these accounts belonged to "celebrities" involved in what the internet quickly dubbed "The Fappening".

As Gawker notes, someone capable of the reasonably sophisticated hack accessing their targets' accounts using their own IP address raises questions.

Due to timezone differences, The Register was unable to contact any FBI mouthpieces. However, talking to Gawker, the Feds declined to comment on the investigation aside from acknowledging that no charges have, as of yet, been filed. ®