Review These days, it seems like the world and his civil partner has a tablet to offer you, whether it's a bargain basement offering like the Tesco Hudl 2 or something more media-centric, like the Amazon Fire HDX 8.

One of the sweet spots for tablet pricing seems to be around the £300–350 range, where you'll expect to get a decent-sized screen, at least 16GB of memory, reasonable performance and battery life – and a tempting selection of iPads. 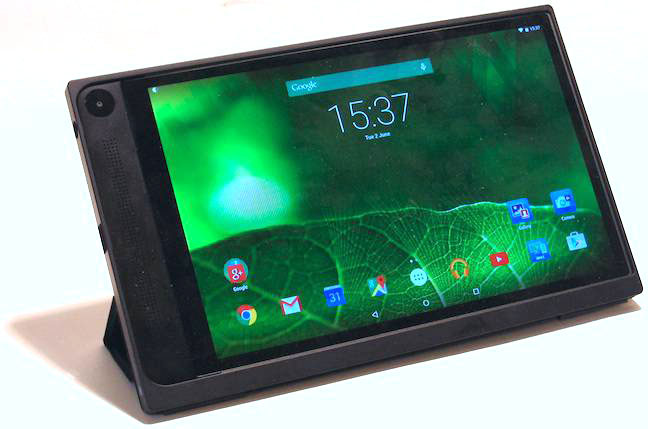 The Venue 8 is slim, and the optional folio cover makes it into a great portable media player

It's into that slot that the Dell Venue 8 7000 series fits. It proudly boasts of being one of the world's slimmest 8-inch tablets, at just 6mm thick, but there's a bit more under the hood than that.

Firstly, this is an all-Intel tablet. Not only does it have an Atom processor, but there's an Intel PowerVR graphics chip, Intel wireless for the 802.11ac and Bluetooth and an Intel RealSense Snapshot camera. There's so much Intel inside, that my first assumption was that it would be a Windows tablet. 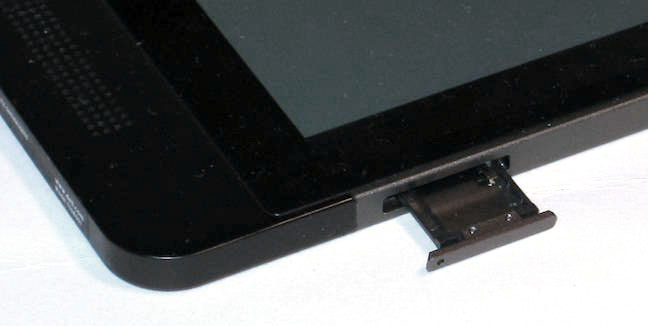 The MMC slot is a welcome, and rare, thing to find on the Venue 8

The Venue actually runs Android: it was running KitKat when it arrived, but it has now been updated to Lollipop 5.02. It's relatively unmolested in terms of customisations. The main things you'll notice are the Maxx Audio settings on the menu, Dell-specific camera and gallery apps and Dell Cast, which is designed to let you use the tablet more like a PC, with a monitor, keyboard and mouse. There's also a micro SD card slot tucked away behind a SIM-style pop-out carrier in the right-hand side – which will be a delight to many – supporting capacities up to 512GB.

The big thing, though, is that camera. RealSense covers a broad range of areas of which Snapshot is the stand-out feature on the Venue 8 7840, which is so far the only model in the 7000 series.

What's special about the camera? To be accurate, there are four cameras on the Venue 8; there's one on the front for selfies or video calling, and three on the back. The setup on the rear is the RealSense Snapshot system, and it captures depth information alongside the main image. That means that, as with the Lytro lightfield system, it's possible to change the focus of an image after it's been captured. 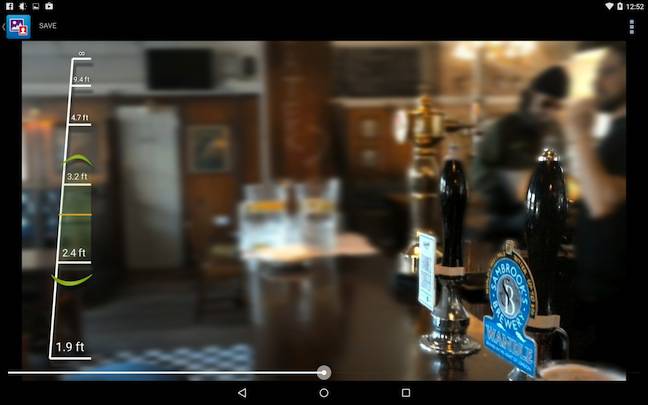 Tap or slide on the left to set the focus point, slide at the bottom to control the bokeh. Click for a larger image

RealSense isn't quite the same as Lytro, though. The latter has multiple micro-lenses and captures a lot more information. RealSense uses the extra sensors to capture layers of an image, with the additional cameras providing depth information, up to around 30 metres.

The gallery software provided lets you change the focus by tapping, and a slider controls the bokeh effect. It can look pretty dramatic, but it can also, at times, make the layers very visible. On some shots of the garden, for instance, the end result made it look as if bushes were really just painted flat boards. It certainly can lift photos dramatically, but it's a tool to be used with care.