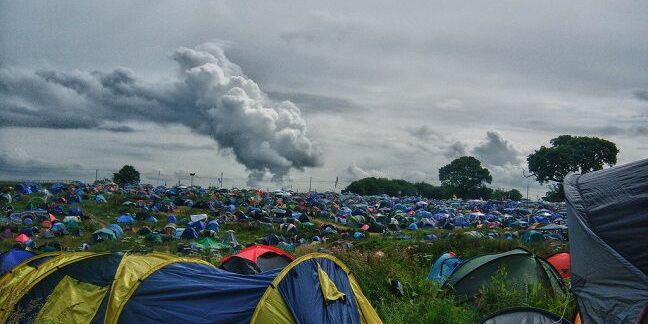 As if being ankle deep in a muddy field, surrounded by pretend hippies seemingly re-enacting highlights of the Battle of Waterloo was bad enough, attendees of the aptly named Download Festival will be subjected to a new police facial recognition system, and surveillance of their onsite location and expenditure via the debut of RFID wristbands.

The surveillance technologies are a new facial recognition system being rolled out by Leicestershire Police, and Download's own RFID wristbands, provided by German RFID specialists YouChip.

Leicestershire Police have been trialling NEC Corporation's NeoFace facial recognition system since April 2014, though they only announced the trial in July of that year, and seem to have been delighted with its results to date.

NEC, however, advertises its NeoFace tech as being able to offer much more in biometrics surveillance, and while the particular system to be used at Download has not been revealed, it may also be part of the company's suite.

NeoFace Watch is the mobile surveillance platform from the NeoFace suite, which functions by "integrating face matching technology with video surveillance input, while checking individuals against known photographic watch lists, and producing real-time alerts," according to a product brochure.

An interview with DC Kevin Walker, published in Police Oracle on Monday, revealed that: "Strategically placed cameras will scan faces at the Download Festival site in Donington before comparing [them] with a database of custody images from across Europe."

In response to a Freedom of Information request The Reg filed to Leicestershire Police in April asking whether NeoFace had, or could, utilise information received from outside of its custody database – making specific reference to SIS II – we were told:

"NeoFace has been intentionally limited in scope to ensure that it only uses images held on our custody database. It is a stand-alone system that does not link with other national databases such as the PNC."

We have also learned that the Police Oracle's publication of the interview caused significant upset for management at Leicestershire Police, who did not want any advance publicity of their "new" surveillance project.

The public would have been informed that it had been placed under surveillance after the event had ended, presumably as part of a "you didn't know, therefore it wasn't intrusive", justification for the scheme.

Next page: Access denied – you ain't got your RFID dogtag, man
Page:
Tips and corrections
168 Comments