Indie review of UK surveillance laws: As you were, GCHQ

Government pressing on with Snoopers' Charter 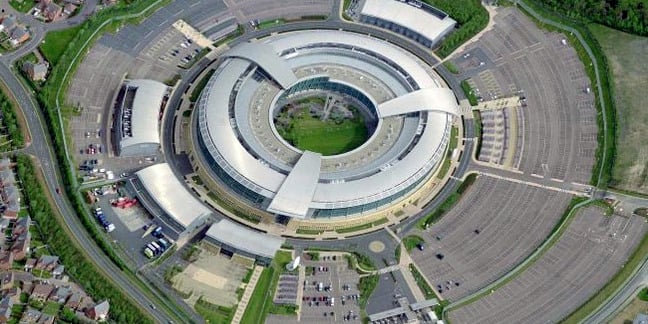 The response to multiple threats faced by the UK “depends on entrusting public bodies with the powers they need to identify suspects”, said David Anderson QC, the Independent Reviewer of Terrorism Legislation, in his long-awaited review of the country’s anti-terrorism laws, while giving GCHQ no reason to stop mass-surveillance.

The review was presented to the Prime Minister "pursuant to section 7 of the Data Retention and Investigatory Powers Act 2014 (DRIPA)" legislation which was rushed through both houses of Parliament — which was criticised for preventing effective scrutiny — last year.

Alongside its publication, Theresa May, the Home Secretary, confirmed to Parliament that no redactions had been made.

She also acknowledged that "it is imperative that the use of sensitive powers are all overseen and fully declared under arrangements set by parliament, [and] it is therefore entirely right that Parliament should have the opportunity to debate those arrangements in full".

May also told Parliament that the government would publish a draft of its Investigatory Powers Bill in the Autumn, "for pre-legislative scrutiny by a joint committee of Parliament, with the intention of introducing [the IPT] in the new year" before DRIPA's sunset clause comes into effect in 2017.

The report was provoked by the global surveillance disclosures provided by whistleblower Edward Snowden, and ultimately recommends that GCHQ's mass-surveillance should continue, whilst declaring that the Regulation of Investigatory Powers Act (RIPA) should be completely replaced by new legislation.

In his introduction to the report, David Anderson invokes much of what Timothy C. May's cypherpunk manifesto (8.3.4.) describes as "the four horsemen of the infopocalypse: drug-dealers, money-launderers, terrorists, and pedophiles."

Modern communications networks can be used by the unscrupulous for purposes ranging from cyber-attack, terrorism and espionage to fraud, kidnap and child sexual exploitation.

A successful response to these threats depends on entrusting public bodies with the powers they need to identify and follow suspects in a borderless online world.

Anderson acknowledges, however, that "trust requires verification. Each intrusive power must be shown to be necessary, clearly spelled out in law, limited in accordance with human rights standards and subject to demanding and visible safeguards".

"The current law is fragmented, obscure, under constant challenge and variable in the protections that it affords the innocent. It is time for a clean slate," continues Anderson. "This report aims to help parliament achieve a world-class framework for the regulation of these strong and vital powers."

A collective response to the report from the members of the Don't Spy on Us coalition notes that "No strong case to date has been made for the Snooper's Charter."

Anderson does not call for an extension of powers unless the government makes a detailed operational case (which it has so far refused to do) and a "rigorous assessment has been conducted of the lawfulness, likely effectiveness, intrusiveness and cost".

This is a powerful indictment of the lack of evidence provided by the government for the new sweeping powers they want to use to intrude into the private lives of ordinary Britons.

Jim Killock, Executive Director of Open Rights Group, said the "report confirms that our surveillance laws are unclear, vague and improperly supervised. It’s truly shocking that this democratic failure has only come to light because of the actions of a whistleblower." ®

You can also download the full review here from Vulture Central's own servers. PDF, 5.3MB, 379 pages.

Yes, the app that's not quite working yet