Moon blocks Uranus for stargazers Down Under

How to watch the lunar Moonie online 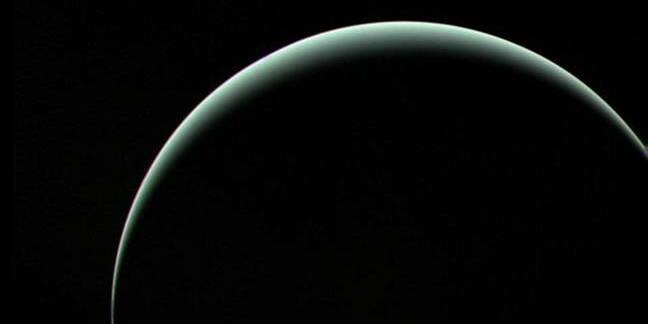 Inhabitants of Australasia who enjoy peering into Uranus are going to be denied on June 12 as the strange globe slides behind the Moon.

It's not often that planets get occulted by the Moon, and losing Uranus isn't that common an occurrence, and this one is something only people in the southern hemisphere can indulge in. Those of us in the northern hemisphere will see the planet pass close to the Moon, but Uranus will still be open to inspection.

"Observers in eastern Australia, all of New Zealand, and parts of the South Pacific will see the planet Uranus pass behind the waning crescent Moon in the early morning of June 12, 2015," said the Slooh Community Observatory.

"The precise timing of the event depends on your location. In Adelaide, Australia, Uranus passes behind the Moon at 18:49 UT, just after moonrise, and emerges from the dark part of the crescent Moon’s face at 19:57 UT. In Sydney the occultation begins at 19:01 UT and ends at 20:17 UT."

Those of us not fortunate enough to be Down Under when Uranus does its thing will be able to watch the occultation online via Slooh. If you are in a position to watch Uranus is viewable with good binoculars or a small telescope, provided there's not too much light pollution. ®