Use snooped data in court? Nah, says UK.gov - folk might be cleared

No benefits to us in levelling the playing field, said Tory minister 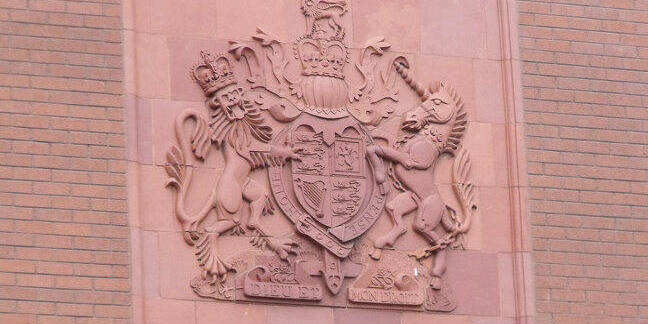 British government snoops claimed it was too much hassle for them to use intercepted communications data in court proceedings because the accused could use the info to prove their innocence, it has emerged.

Police officers, spies and local council bin inspectors were all asked for their views of Blighty's surveillance laws as part of the Independent Terrorism Legislation Reviewer's, er, review of Blighty's snooping laws, which was published on Thursday.

One of the questions asked was why, uniquely in the West, Britain's state-sponsored snoopers do not use the evidence they gather against alleged criminals in legal proceedings. The response, at paragraph 9.16 (PDF, 379 pages) was revealing:

Part of the reason for this is the extensive disclosure requirement in criminal proceedings: were it sought to rely on the product of intercept conducted over a period of several months, the defence could legitimately request a transcript of the entire intercept product with a view to searching it for exculpatory material.

In plain English, this meant the authorities were worried that using communications data hoovered up under the Regulation of Investigatory Powers Act would mean alleged crims could demand access to the same data – and use it to show they were innocent of the crimes they were charged with.

The official explanation, according to the review, was that “the increased resource burden [of providing a transcript to defence lawyers] would mean either that a very large amount of other agency activity was dropped to fund intercept as evidence or that interception would be available for many fewer investigations – or both."

Back in December 2014 James Brokenshire MP, then security minister, told Parliament that “the benefits [of using intercept evidence in court] – measured in additional convictions – would be highly uncertain.”

Mass spying on electronic communications in Britain is used to create intelligence rather than legally-admissible evidence: while the authorities can lawfully use any information they lay their hands on for their own internal purposes, they choose not to use the intercepted contents of communications in court. Instead, they rely on metadata, which is routinely disclosed. For example, this can be obtained from mobile phone mast logs or even the use of Stingray IMSI catchers, as was revealed by Sky News earlier this week.

“Interception is therefore used only in the most serious cases,” wrote David Anderson QC, the government's independent reviewer of terrorism legislation. “But interception can still be of vital importance for intelligence, for disruption, and for the detection and investigation of crime.”

Anderson noted that other British government agencies, including the Department for Work and Pensions, which administers social security benefits, as well as local councils, are dying to get their hands on increased spying powers.

He also noted that law enforcement agencies showed “markedly less enthusiasm for the recently-introduced requirement of authorisation by magistrate for communications data requests.”

If at first you don't succeed, pry, pry again: Feds once again demand Apple unlock encrypted iPhones in yet another terrorism case

Australian oppn. leader wants to do something about Bitcoin, because terrorism and crypto

We need to make it even easier for UK terror cops to rummage about in folks' phones, says govt lawyer

Don't want to incriminate yourself? Tough luck, you terrorist