Review Amazon’s Fire TV Stick may well be late to the streaming HDMI dongle party but, as is the company’s wont, it’s even later when it comes to turning up in European markets. Still, it’s here now and keenly priced too at just £35. OK, so Google’s Chromecast is only £30 but at least Amazon supplies a remote control. 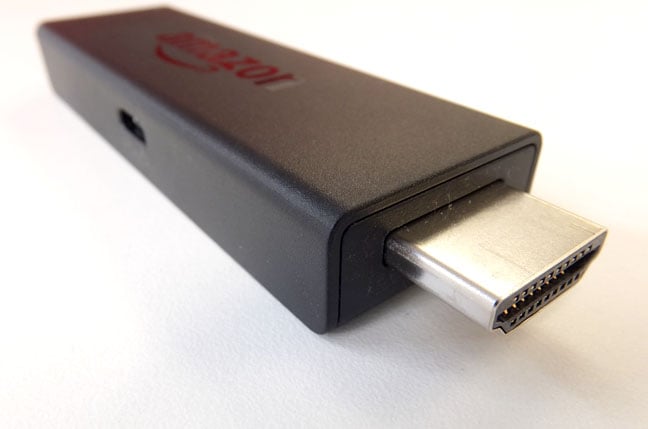 Shop around and you can find the Roku Streaming Stick for about £40 which includes a remote and the capability of browsing NAS box content to stream music, video and photo collections.

This is the biggest difference between what a Roku dongle offers and the approach that Amazon and Google take. The latter two want you to stuff everything you own in the cloud first before you can access it.

On that point though, Amazon does at least allow you to play music from CDs you’ve purchased by making available MP3 versions to stream. How much appeal music streaming from a dongle has, largely depends on what sort of audio set-up you have. 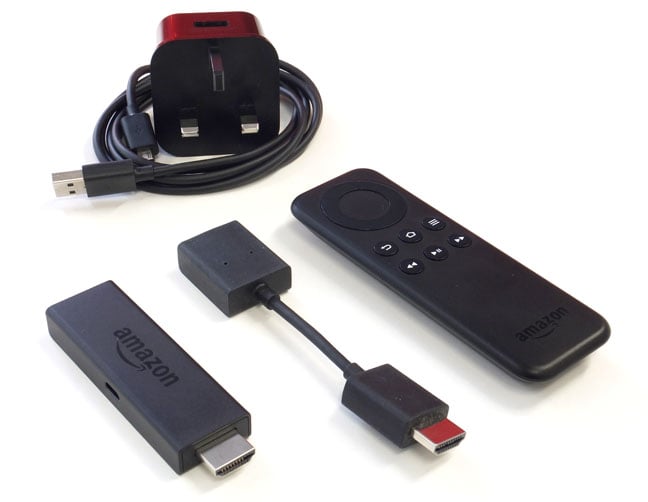 With no power over HDMI, you'll need to use either the TV's USB port or the supplied PSU

Flat telly speakers are notoriously gutless, hence the burgeoning sound bar market, but even these sonic booms tend not to be a patch on a modest set-up of a conventional stereo pair of speakers. And if you’re energy conscious, then running a large flat panel TV just so you can navigate your music might seem a tad excessive, but I digress.

Out of the box, besides the Fire TV Stick and remote, you also get a short HDMI extender, a PSU and micro USB cable. The latter is not only handy but more important than you might think. I already had a cable to hand, so I left the Amazon one wrapped up and set to work. The device did function but I couldn’t perform any System Updates as a power warning message appeared.

I’d connected it up to my Samsung TV’s USB port, so thought maybe I should use the Amazon power adaptor instead. And yet the message kept reappearing. Alas, not all USB cables are created equal – evidently some are too cheap to deliver power effectively – and by using the not-so-cheap Amazon one, the problem went away.

Needless to say, the first step is to connect to a Wi-Fi access point. A nice touch is Amazon’s Captive Portal Support which enables you to configure the device to use guest access Wi-Fi setups in hotels and the like. Assuming you’ve remembered to pack a decent USB lead, the Fire Stick PSU (and mains plug adaptor, if abroad), have a hotel telly with accessible HDMI ports, a decent Wi-Fi signal and sufficient bandwidth ... then it should work like a charm. 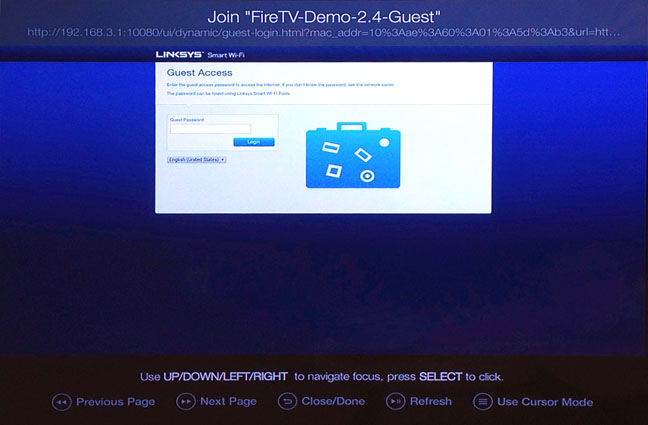 Use your everyday shopping Amazon account to log in and you’re away ... apart from the tedious Help Video that crops up and the option of Parental Controls.

Prime Instant Video is offered on a 30-day trial and like Netflix, you’ll find there’s not an enormous amount of stuff you’ll be particularly smitten with – the only recent series to attract my interest being Better Call Saul and Game of Thrones.

After the trial you’ll be stung for £5.99 a month or you can go for Amazon Prime which includes video streaming features plus unlimited photo storage and free delivery on selected items for an annual fee of £79. Alternatively, you can just ignore the Prime options, pay to view from Amazon' roster or use Netflix and free apps like the BBC iPlayer.