Vulture @ the Wheel It’s surprising that Renault has taken so long to make this car; a Gallicised version of the Nissan Qashqai, an SUV that’s been selling like hot cakes in the UK for a good few years. What we have here then is a variation on the theme of what the Renault-Nissan Alliance thinks a soft-roader should be. 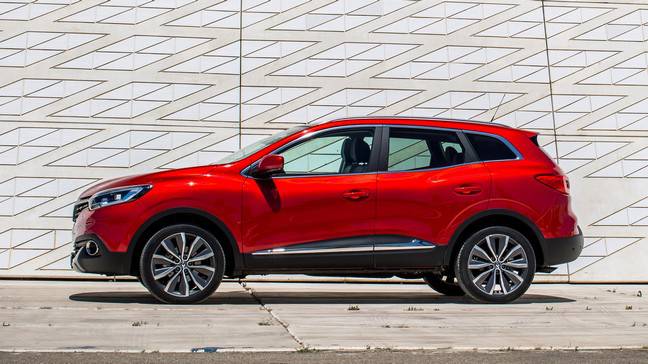 Renault actually reckon it’s a bit more than a Qashqai with a Renault diamond on the nose. Apparently, only 60 per cent of the oily bits are shared and less than 10 per cent of the visible parts. The Register was invited to the Bardenas Reales badlands of northern Spain to see if this was worth getting excited about. Since the beer was free and the hotel a bit swish, it seemed ill-mannered to refuse.

First, a word about the name. Apparently, Kadjar is a mish-mash of the word quad (apparently qu is often pronounced k in French) for ‘four’, and jaillir, a French word meaning to emerge quickly. Renault is interpreting jaillir as meaning agile as much as fast. So it’s an agile 4x4. Now you know. 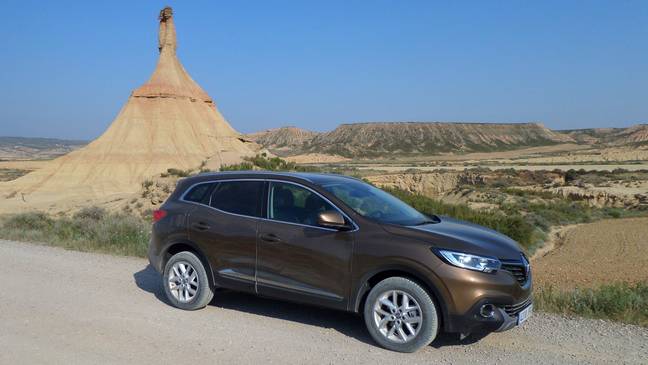 A pretty car with a weird name in a rather strange landscape. The Renault Kadjar in the Bardenas Reales badlands

Visually, the Kadjar is very much in the mould of the Mk IV Clio and Captur. So there are curves galore, heavily sculpted sides, plenty of chromework and a big shiny Renault diamond badge on the nose. The logo is so big and shiny you could shave in it.

One thing that struck me was how close the finished machine was to the initial concept drawings. Kudos to Renault for bringing a bit of flair to a pretty dull and generic class. 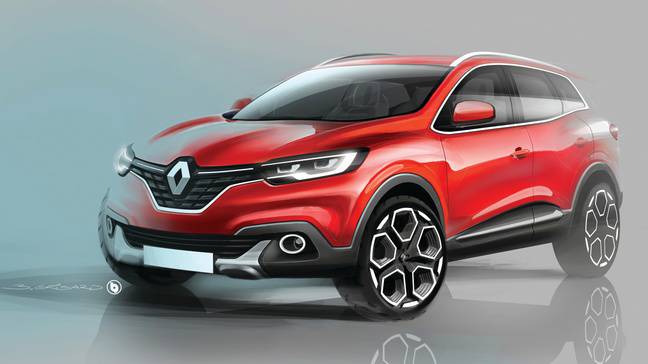 Because it looks so much like the smaller Clio, the Kadjar fools you into thinking it’s taking up less space than it is. Truth be told, externally the Kadjar is a wee bit bigger than the Qashqai in all directions: it’s 11cm longer, 2cm taller and 3cm wider.

Those extra few centimetres here and there clearly add up, because the Kadjar has more boot space than the Qashqai to the tune of 42 litres with the rear seats up. The wheelbase is identical, though, at 2.65m, underlining the close relationship between the two models. 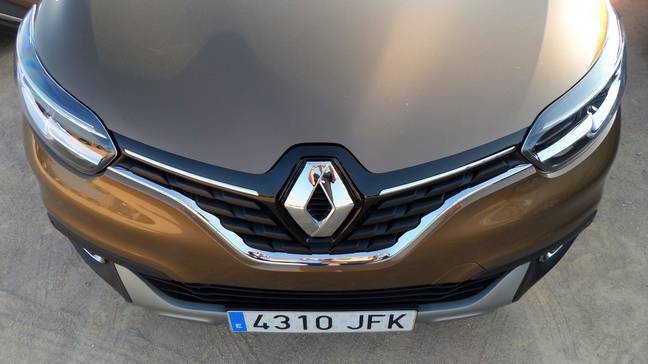 Inside the Kadjar, the cabin is rather more stylish than the Nissan and trimmed to a more overtly European level of quality. Everything just looks and feels a little more premium. If the Renault’s cabin is any more spacious than the Nissan alternative I didn't notice the difference, though Renault reckon the Kadjar has class leading levels of elbow room. 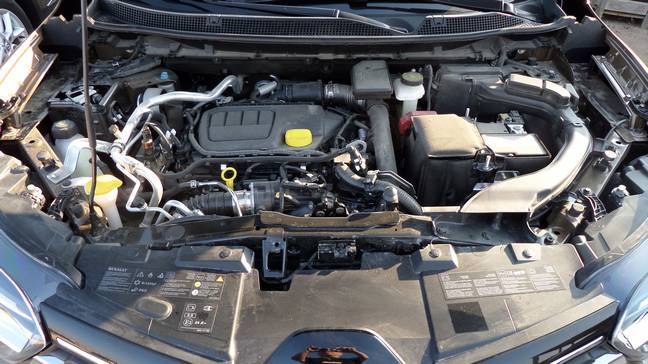 Kadjar shares 1.6L diesel with Qashqai brother. If you want AWD, this is the only engine option

All three motors go about their business sweetly and with a total lack of drama, though they have clearly been tuned for economy rather than performance. The petrol engine will haul the Kadjar to 60mph in 10.1 seconds, the diesels in 11.9 and 9.9 respectively. Four-wheel drive will add 0.6 of a second to that.

Those aren’t bad numbers for what are quite small engines for a vehicle of this size, but in the absence of an equivalent to the 160bhp petrol-powered Qashqai, the Renault won’t be the speed merchant's SUV of choice. 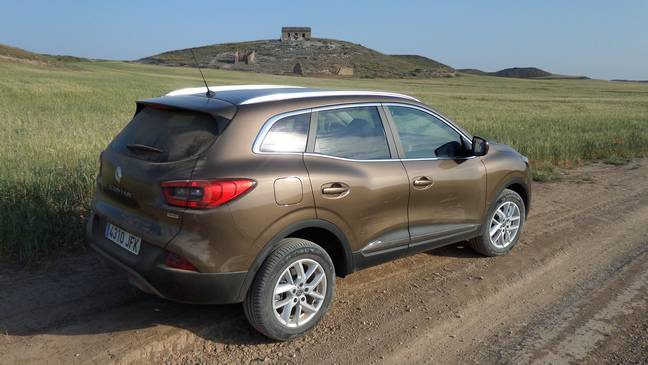 Kadjar is a soft- rather than off-roader, but muscular looks will no doubt appeal to suburban heroes

Next page: For those who care about style, space, on-road behaviour and economy
Page: