Veeam-ing all the way to the bank: No IPO for these VM replicants

V9.0 of Veeam’s Availability Suite will add Cloud Connect Replication for Service Providers, using SSL, and be generally available (GA) in the second half of this year. It means, we’re told, service providers can offer cloud-based disaster recovery-as-a-service (DRaaS). Cloud Connect was introduced in v8 of the Availability Suite and provided backup to the cloud.

CEO Ratmir Timashev said: “Service providers face zero competition from Veeam, because Veeam does not operate its own cloud or offer its own DRaaS to Veeam customers – instead, Veeam enables its partners to do so.”

Veeam will let us know more details of v9 additions before GA so as to keep up the interest in its new release.

How is Veeam’s business doing? Timashev said it had 145,000 customers and was adding 4,000 a month. As servers get virtualised, existing backup users find the products are not great and look for better virtual server backup. Veeam’s products are ready and waiting for them, and the company says they're ten times better than traditional backup products. 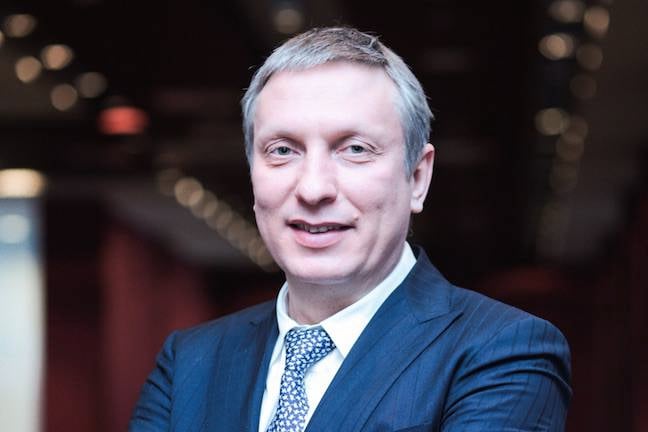 Veeam VP for product strategy Doug Hazelman said Veeam was replacing other suppliers’ virtual server backup software as well. Backup Exec was a prime target for replacement by Veeam, according to Timashev.

We asked Hazelman if Veeam will offer in-cloud backup to in-cloud target repositories, as EMC”s Spanning does.

A Veeam FAQ states: “Veeam Endpoint Backup FREE does not scale beyond a few servers, however, and does not implement server-specific backup features (e.g., Veeam advanced application-aware processing, support for server clusters, etc.).”

Asked if it was an initial dip in the physical server backup market Timashev said he was not saying that. Hazelman mentioned that Veeam was looking at remote server monitoring and management tools, identifying LabTech, and that would provide a way to discover physical servers and provide remote installations of Endpoint Backup for LabTech customers.

It sounds like it could be a dip in the physical server backup pool to me. Watch this space.