As regular readers know, the LOHAN mission has a custom set of Pixhawk parameters, outlined here. Whereas on the first test flight back in October last year, we were simply running the MAV_CMD_NAV_ASCEND_WAIT, aka ALTITUDE_WAIT, during which the Pixhawk wiggles the servos every 15 seconds, to prevent them freezing, this time around Tridge ran a full LOHAN mission, adapted for PRATCHETT as follows:

Andrew noted: "Most other parameters were fairly standard, apart from having INTIAL_MODE=AUTO so it would start in auto if it happened to reboot in flight, and SKIP_GYRO_CAL to prevent it recalibrating if it had a power outage and restarting. The safety switch was also disabled."

Of course, the Pixhawk wasn't actually controlling an aircraft, but none the wiser, acted as if it were, becoming "suitably frustrated by the lack of success in getting its canards to operate", as Andrew put it.

All of this madness was relayed in real time to Tridge via the 900Mhz radio, and here's what he could see as the payload hit 18km... 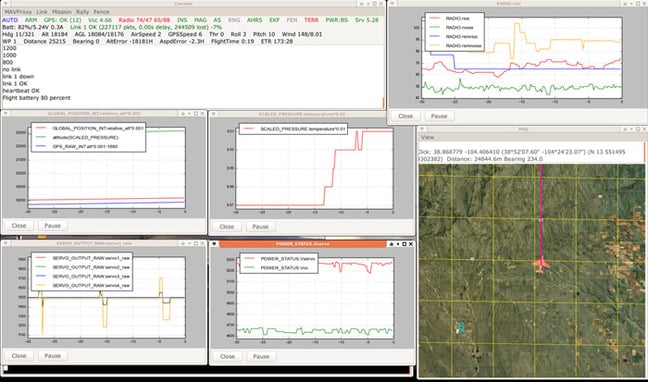 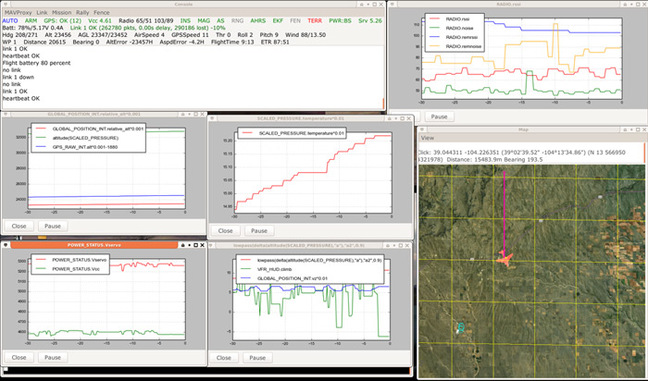 Naturally, I wasn't going to miss out on the fun, and Andrew shared his screen, meaning we were simultaneously monitoring in Australia and Spain, in a three-way Skype chat with David, while the mission unfolded in the US. Impressive stuff: 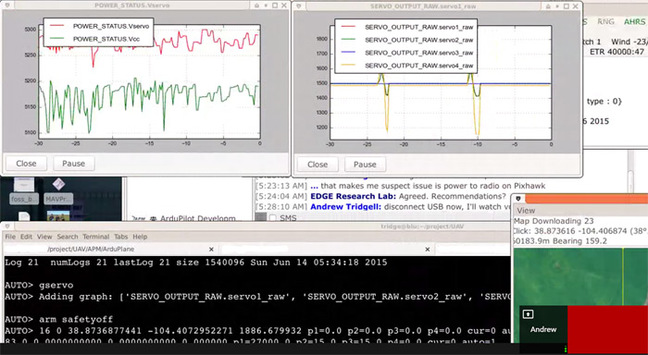 At the top right, you can see the graph indicating the servos operating every 15 seonds in "wiggle mode", while the snippet of Skype chat shows Tridge and David wrangling the radio, more on which in a minute.

Overall, the batteries performed as expected during the mission, and we're satisfied they can do the job, even if current draw may be greater during the descent phase of the real Vulture 2 due to aerodynamic forces putting extra strain on the servos. Here's the voltage plot for the entire flight: 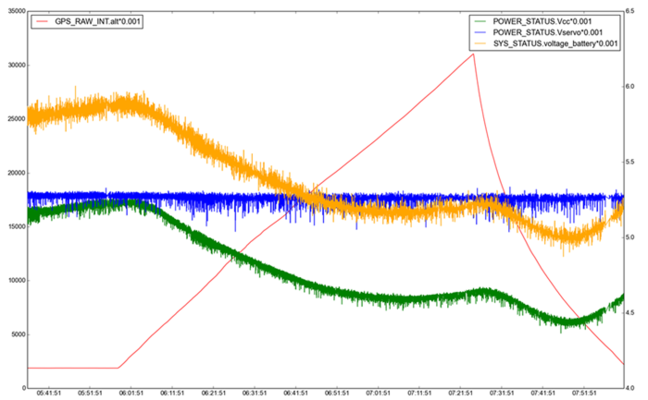 Regarding temperatures, Andrew reported: "Here is a temperature plot from all the logged temperatures. The airspeed sensor probe got to -48°C at an altitude of around 18km. The other Pixhawk sensors stayed much warmer as they are warmed by the electronics." 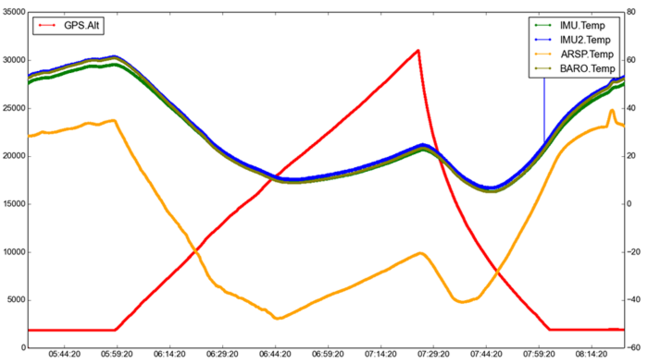 What's important to note here is that the exposed airspeed sensor probe didn't freeze up, and it's therefore safe to assume that the one mounted in the nose of the Vulture 2... 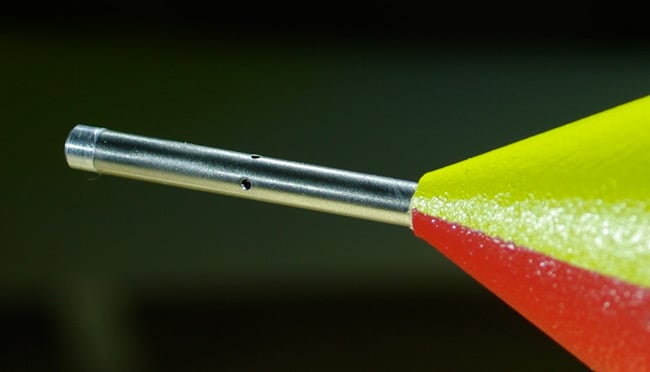 Slack said to be worth fraction of price paid, new hires not as productive amid downturn
SaaS30 Jan 2023 | 2

Did Pathfinder get lost in Intel's sea of red ink? Or is Chipzilla becoming RISC averse?
Software30 Jan 2023 | 10

But the first rule of Chip Fight Club must be observed. Meanwhile Beijing may have its own shadow bans
Systems30 Jan 2023 | 13