A server apocalypse can come in different shapes and sizes. Be prepared 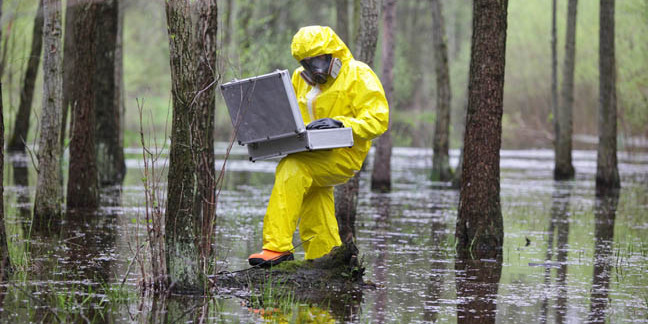 I run into the same misconceptions about business continuity on an almost daily basis. “We’ve already got backups, so why would we need to have a disaster recovery site as well?,” comes up with alarming regularity, as does: “We spent tens of thousands on a disaster recovery site, so why did we have that four-minute outage – why didn’t we switch over to DR and get our money’s worth?”

It’s nobody’s fault, really. For all the efforts of technical folk to explain and educate, and the efforts of the business to listen and learn, it’s easy to see why it can get confusing and ultimately lost in translation.

A lot of the terminology is the same (or at least, very similar) and the same words might mean different things, depending on who says them and in what context.

The fundamental principle of the backup is straightforward. A backup is a copy of a fixed point in time, to which you can return in the event of an issue.

Whether you’re writing backups regularly on a schedule, or taking them manually prior to making changes, you’ll want to keep it somewhere safe. For short-term use that’s probably onto disk, but for long-term retention that might be onto tape or other media.

Then something happens, and that means your backups are required. Perhaps data gets corrupted or lost, and you need to wind the clock back. Maybe a server has died, and you need to perform a bare-metal restore.

Whatever the case, you’ll be restoring your backups onto a server or system, and it is for this reason that backups alone simply aren’t enough as a method of business continuity. It also takes time, and lots of it.

You can have the most rigorous backups in the world, but if you don’t have somewhere to restore them (i.e. a disaster recovery site) then you may as well not have them at all.

Your power will be protected by uninterruptible power supplies and generators, and – you guessed it – you’ll want to have more than one of each of these to ensure continued power delivery in the event of a failure.

You’ve probably heard of components like generators being referred to as having N+1 or 2N coverage, and these are measures of redundancy. In an N+1 scenario, for each component (N) you would always maintain one more in case of failure: if you have one generator, then you must always have a second spare; if your core number of generators increases to three, then you must always have a fourth available.

In 2N, you would always have the same number of components again: with one generator, then you would still only have one spare; but with three core generators you would have three spare for redundancy, giving a total of six generators.

It’s worth mentioning that redundancy is not always an instantaneous process. In some instances (such as server power supplies or UPS systems) the redundant components will already be operating at all times, and the failover capacity is maintained within the total headroom of the operating hardware.

In the case of generators, your redundant devices will likely not be running and may take a little time to start up – it is for this reason that generators have warm oil pumped through their system even when switched off, to reduce startup delay in case they are suddenly required.

Better late than 'Oh no, our outsourcers are all disconnected from the world'

Databarracks turns to business continuity as a service. Why? BCaaS

Pandemic impact: Two-thirds of polled Reg readers say it's business as usual in the IT dept, one in ten panicking

And few worried about security – are they right?

Back it up, back it in, let me begin