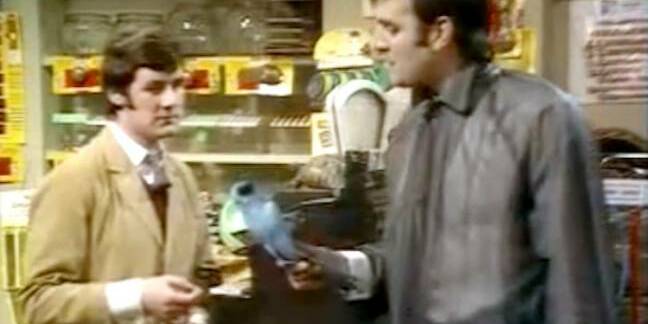 The controversial Trans Pacific Partnership (TPP), thought to include SOPA-style anti-piracy provisions, among other nasties - looks to be dead in the water: not only has the US Congress knocked back the “fast-track” mechanism that would have seen it signed off quickly, but Hillary Clinton has come down on the side of America's nay-sayers.

The Democratic nominee-in-waiting has chilled chances that the White House could revive the "fast-track" laws, saying that Barack Obama needs to answer the "legitimate concerns of those Democrats who are potential 'yes' voters to see what's in the negotiation or even what's in the existing framework agreement".

Clinton's remarks refer to the fact that the TPP has been negotiated in secret: the public has never been allowed to see its full text.

Campaigning for the Democratic nomination and a chance to eviscerate whoever gets past the GOP's Tea Party wing to stand as Republican nominee, Clinton's stance is so crucial that even the relentlessly-optimistic Andrew Robb (Australia's trade minister) admits there may be problems.

Robb, who has repeatedly stated that the TPP is imminent, is no longer quite so sure.

Robb has told the Australian Broadcasting Corporation that the US needs to sort out its act soon, or the whole thing could unravel.

“It's getting quite problematic in the United States,” he said on the ABC's AM program.

The parties were apparently “literally one week” away from negotiating the deal until America's pesky democratic processes derailed it all.

“You can see the political heat's rising by the day over there because of the presidential election next year. So I don't think anyone can call it.”

Unless the White House can sort things out in “two or three weeks”, he said, “we've got a real problem with the future of the TPP”.

The deal has repeatedly suffered leaks of negotiating texts through Wikileaks, which is how the public at large has become aware of details like criminal sanctions for copyright infringement, and protecting pharmaceutical companies from generics.

The USA and the European Union are negotiating a very similar treaty - the Transatlantic Trade and Investment Partnership (TTIP) - that has also attracted criticism for being negotiated in secret and giving corporations sweeping powers. US Congress' recent actions mean the TTIP is also stalled. Clinton's remarks indicate it may struggle to restart if she takes the Oval Office. ®