In-memory open source NoSQLer Hazelcast has announced a caching update to its product range, claiming v3.5 of its High Density Memory Store offers “100’s of GB of near cached data to clients for massive application scalability”.

The near cache provides hundreds of gigabytes of in-memory data on a single application server, meaning “an instant, massive increase in data access speed on fewer application server instances to power the same total throughput”.

What's a near cache? Hazelcast tells us thus: “A cache of data that is kept locally in the memory of the client application where it takes microseconds to access. That’s in contrast to the data in the Hazelcast cluster which is also kept in-memory, but because of network latency, it takes milliseconds to access.”

Also: “Near Cache (and any other on-heap cache, either home-grown or from other vendors) without High Density Memory Store has a practical upper bound of around 3.5 GB, which is good, but probably smaller than most datasets."

"That means you can’t cache all of your data locally – some of the data must get evicted because it won’t all fit in local memory. Near Cache with High Density Memory Store has a practical upper bound limited only by the amount of RAM you can fit in the local host machine. That means, potentially, hundreds of GB of cache data with microsecond access," it added.

The High Density Memory Store for Near Cache is an enterprise-only, add-on technology to Hazelcast’s open-source code core. 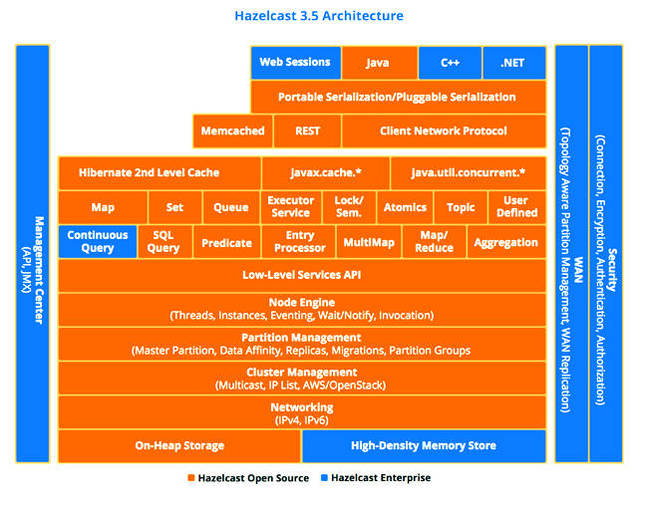 You can check out v3.5 performance testing here.

Hazelcast says it has north of 8,000 deployments and Hazelcast v3.5 open-source code is available for download at www.hazelcast.org, with Hazelcast Enterprise service and support pricing to be found here. ®