US govt: Am I the only one around here who cares about DNS security and stability? 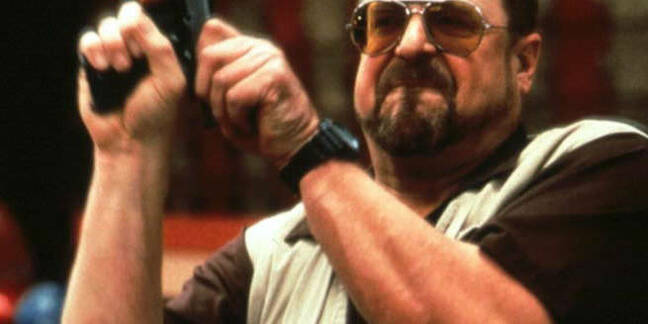 The US government has signaled its concern yet again over plans to give ICANN full control of the vital mechanisms that keep the internet held together.

In a blog post, published just days before a meeting of domain-name overseer ICANN in Buenos Aires, Uncle Sam's assistant commerce secretary Larry Strickling repeated his approach of asking pointed questions about the future of the critical IANA contract.

This time, Strickling is concerned about the way the ICANN community is planning to change ICANN to bring greater accountability to the organization. ICANN wants full control of the DNS, IP allocation and protocol assignment duties that IANA performs for the global internet; Strickling isn't convinced ICANN is up to scratch for the job.

Right now, the broad proposal is to allow actual members of the supposedly member-driven ICANN to challenge decisions made by the ICANN board, and allow them to remove board members, as well as better influence the organization's budget, and strategic direction.

However, as the full implications of that model have been dug into, a number of problems with the proposals have arisen including: whether some of ICANN's existing advisory committees and supporting organizations would wish or be able to become official "members" under California law; whether the approach would actually improve broader accountability or simply increase the power of vested interests; and whether the model would actually provide the powers that it was designed to.

The US government contracts non-profit ICANN to run the so-called IANA functions – a body that runs the highest level of the world's DNS, allocates IP addresses, and ensures developers can agree on the same numbers and protocols when writing software that communicates over the 'net. It's what keeps the internet as we know it glued together.

That crucial contract is coming to an end, and because the US wants to step away from ruling the internet like an unelected king.

The IANA contract itself comprises three main functions: names, numbers and protocols. Transition plans for the later two are largely agreed but the most complex issue of names is being explored by a panel of experts called the Community Working Group (CWG). ICANN, of course, would love to run IANA all by itself, simply put.

"I would like to offer the following questions for stakeholders to consider," Strickling notes.

How can the [working group] ensure that the creation of new organizations or tools will not interfere with the security and stability of the DNS during and after the transition? Do new committees and structures create a different set of accountability questions?...

Have other possible models been thoroughly examined, detailed and documented? Has the working group developed stress tests to address the potential risk of capture and barriers to entry for new participants of the various models?...

Should the working group consider what exactly is the role of the ICANN Board within the multistakeholder model?...

Has the working group considered if there need to be accountability improvements that would apply to ICANN management and staff or to the various supporting organizations and advisory committees?

In essence: go back to the drawing board.

The questions – and inherent criticisms – are strikingly similar to ones outlined in a speech by Strickling in January covering the different but related plan to move the "numbers" aspect of the IANA contract away from the US government.

Then, the working group had proposed a complex and largely self-aggrandizing model that effectively replaced the US government role with itself.

After Strickling's pointed questions, that approach was scrapped, and a much simpler model proposed that would effectively put ICANN in charge but with the "customers" of the IANA contract drawing up a service-level agreement and given the ability to challenge ICANN's continued running of the contract if it didn't improve its service.

The accountability model under discussion suffers from many of the same defects: drawn up by an increasingly small group of insiders, it has developed an overly complex, process-driven model that gives them greater power but doesn't necessarily bring with it accountability improvements.

And while much of the focus of the group has been on ensuring that the ICANN board is held accountable, the group has failed to apply the same mindset to their own organizations.

Peculiarly, as the US government notes, they have also not considered how to make ICANN's actual staff and management – who have an unusually large degree of power over decisions – more accountable.

Next page: The horrors of the 'multistakeholder model' (barf)
Page:
Tips and corrections
2 Comments