Game Theory Rocksteady Studios has stated that Batman: Arkham Knight is the last game of the franchise. Fans are in for a real treat. I really enjoyed Batman: Arkham City (2011) with its sense of progression but then thought the shock gloves were excessively overpowered in Batman: Arkham Origins (2013), making combat heavy handed. 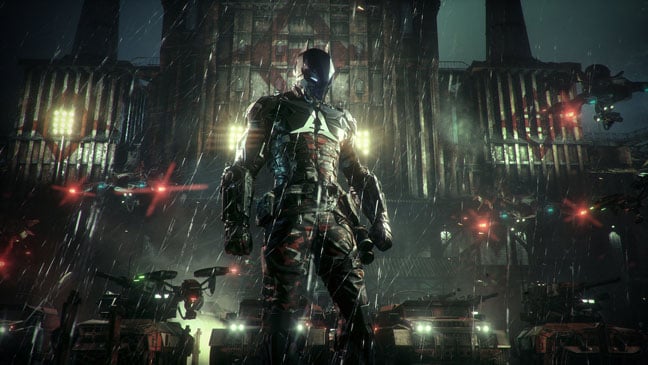 Bring on the knight

Arkham Knight is the best Batman game I have played so far because it truly (to quote the tag line) allows me “to be the Batman” and I will save Gotham City.

This game is homage to the Batman fan and a nod to those, like me, who can quote verbatim from the comics. Incredibly dark and realistic Arkham Knight is worthy of its mature rating, this game is sure to pull no punches as the legacy of The Joker looms over this malign metropolis.

With the addition of the Batmobile, Arkham Knight is basically Batman GTA. Leaping into it for the first time, I genuinely squealed with joy. 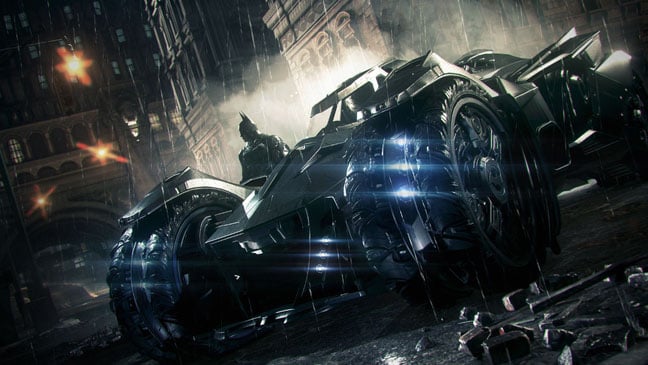 Pull up to the bumper

Unfortunately, by the end of the game I’m more disposed to see it as just another gimmick. Alas, it seems chapters are often finished with a repetitive Batmobile tank fight against remotely manned drones (EMP becomes available later in the game). That rather took the shine off what could have been a five star title for me.

Ultimately the Batmobile sequences became my least favourite part of the game and a clunky game mechanic often forced upon me unwillingly. In my opinion, the Batmobile was best used for side quests and to explore this epic open world city. For me it’s the hand-to-hand combat that can’t be beaten, and dare I say it’s now been perfected. Taking on a gang of thirty enemies and kicking the living shit out of them always makes my night. 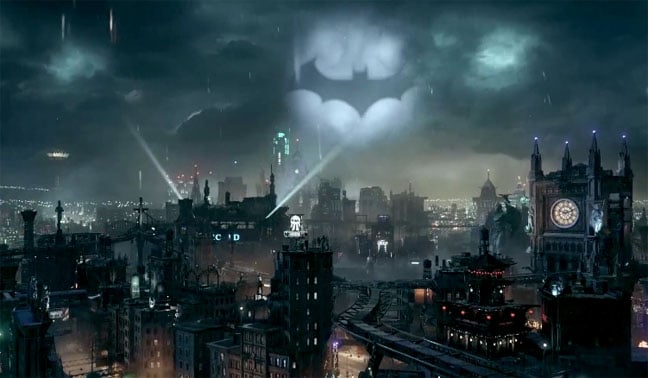 Batman: Arkham Knight has superb production values and feels much more organic than Batman’s last outing, mainly due to the wealth of gameplay and combat options available. As the bat symbol silhouettes the sky, drawing me to my next objective, I always seem to find zipping and swooping around Gotham then dropping like a buzzard to deliver a drop kick works best for me. Combat is never boring, even in the hardest fights. And if I do take damage, I can be sure it’s my own fault and nothing to do with the controls or mechanics.

Rocksteady has made sure this game is full of surprises; this is possible to pull off because it shows an understanding of Batman lore and his foes, that only those geeky enough to have been playing the latest miniatures game for the last six months should be equipped with. 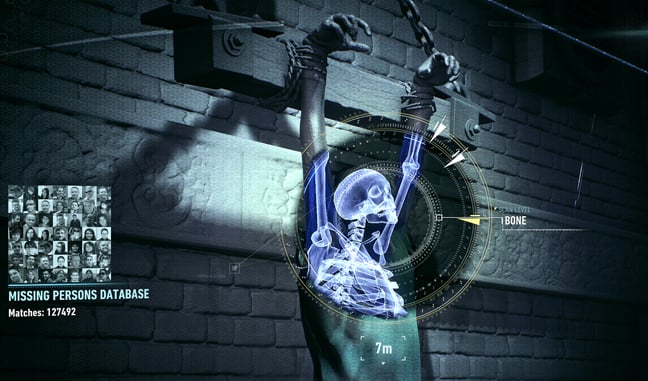 A game of skull

Every aspect of this game fits snugly. It’s a great follow on from the previous games and all the characters are worked in perfectly and amazingly there are no plot holes. The most memorable aspects of Arkham Knight include changes in pace when Batman must use his private school education to investigate the past by getting forensic on corpses at a crime scene. Tasks such as viewing CCTV footage and rewinding it for a closer look immersed me totally in the game. Everything makes sense in the overarching narrative, having been reworked to grasp my attention – and it does not let go.