The graphics are stunning (yes, even compared to The Witcher 3) and make it a treat to look down upon this dark and derelict city – reminiscent of the recent endearing Gotham TV series. It's almost deserted of citizens thanks to Scarecrow’s latest threat: a mischievous plan to release a hallucinogenic gas into the streets. 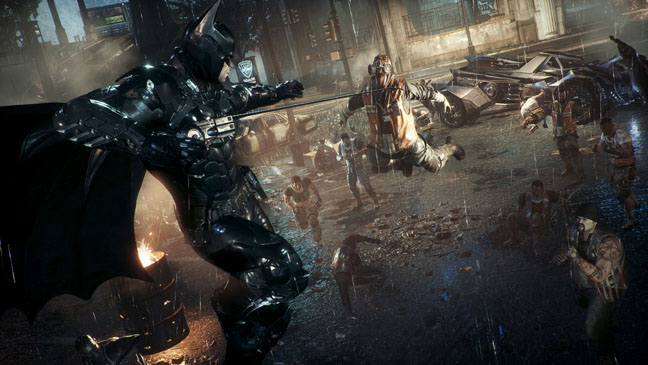 Batman’s movement animations are smooth as silk: the feeling of weight as I land on a surface just shows how far game physics have progressed and watching his glossy cloak flutter bring a tear to my eye. If only poor Spiderman got this treatment.

The controls cannot be faulted and make combat a breeze, with Batman’s fists of fury battering anybody within range. Stealth combat has astounding flexibility; I’m often crawling through vents and throwing decoys to make a surprise attack, then zipping away. The stealth gameplay is fun, rewarding and satisfying, and I always enjoy a well-timed predator room. 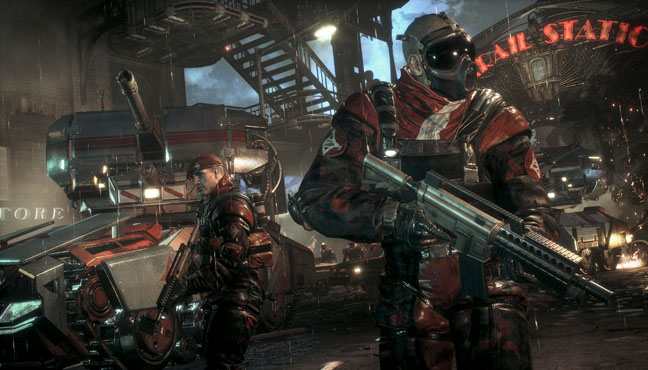 To disable foes from a distance, equipping my handy disruptor rifle is essential as it causes enemy weapons to malfunction and leaves goons open to attack. Co-op fights with Nightwing and Robin are needed to cope with the impressive ensemble of villains, who appear as the game progresses. Using Dual Play refined character swapping, I can take control of these allies with ease.

The score is immersive, and proved a good test for Cowin’s Ark 4.1 Bluetooth speaker, which was certainly up to the task. I’m surrounded by sound and instantly nostalgic for the films. With sweeping tempos and sinister fugues, Danny Elfman would be proud. Consistently strong voice acting from Mark Hamill as the posthumous Joker and John Noble as the Scarecrow give characters depth and the game its own personality. 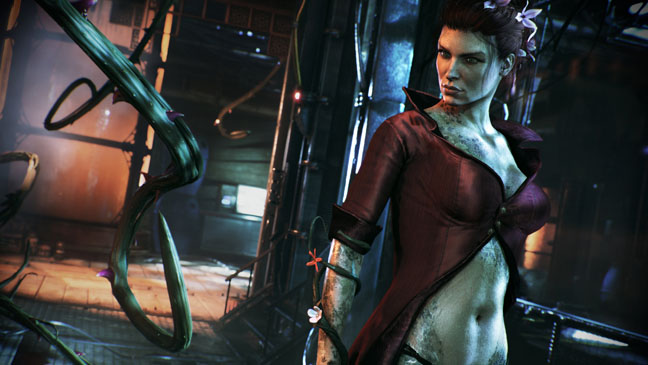 Poison Ivy sprouts her own kind of eco-terror

The addition of a mission wheel means I can decide what path to take and that I don’t miss any side quests as I managed to in Arkham Origins. Trust me, there’s no part of the narrative that’s worth missing. This game is worth every hour you’ll invest. The two main quest lines to stop Scarecrow and unmask the identity of the cryo-suited Arkham Knight are compelling, though slightly predictable.

Attention to detail in the narrative should be applauded, with villains remarking on the fates of their fallen comrades. Smart level design and the handy array of gadgets, including an enemy voice emulator, hacking device and remote electrical charge, to name just a few, keep gameplay engaging. 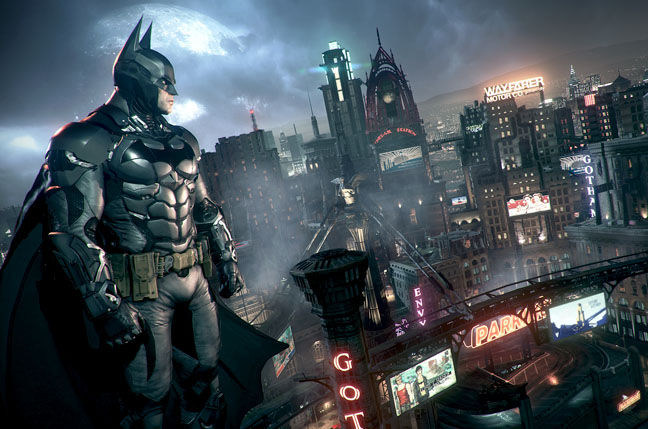 Refining the core gameplay of the previous Batman games and seeped in Batman lore, this game is meticulously and imaginatively constructed and a pleasure to play. Rocksteady is truly invested in the Batman universe, unlike those involved with trolleying out Ben Affleck to star in the forthcoming film, I suspect.

Arkham Knight is finally the Batman game that we have always wanted. In the future will we see Rocksteady give this treatment to other DC icons, now this franchise seems to be finished in its present form? Surely, Swamp Thing deserves a reboot after the godawful Nintendo game from 1992? ®