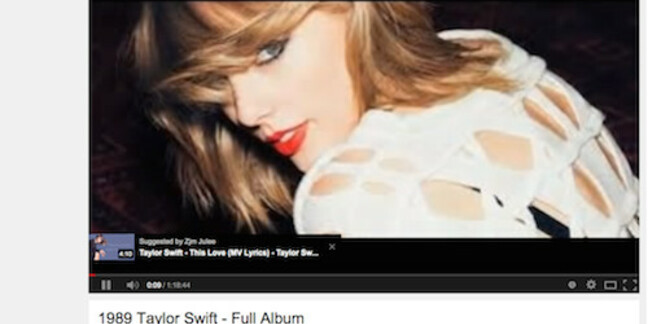 Swift has already demonstrated her mighty power in bringing big tech companies to their knees, having managed to get Apple to capitulate on its music streaming model.

Now in an interview with ITV, she has turned her attention to social media, telling her fans not to obsess over the likes of Facebook and Twitter.

She said: "You have teenagers who are attaching their self worth to how many likes they get on a picture they just posted."

"I don't necessarily think that's a healthy way to see yourself.

"I want to always be there to tell them, that's not the most important thing - whether this picture got 50 likes and that picture got 10, please don't base your day and your happiness and your sanity on that."

What would Jesus tweet? Church of England hands down commandments for Anglicans on social media

'Thou shalt not flame El Reg' not among them, sadly*

What do we want? Decentralised, non-siloed social media with open standards! When do we want it? Soon!