The IANA Lady's not for turning

It's been 33 years since the United Kingdom went to war with Argentina and won back the Falkland Islands, but the battle still continues – including online.

On Thursday, there was a meeting at the United Nations about the islands that resolved the UK and Argentina should get together and negotiate a solution to the ongoing sovereignty dispute.

But just a few hours later, in Argentina, a much bigger kerfuffle was brewing, one that stretched all the way into cyberspace. At a conference of domain name overseer ICANN held in Buenos Aires, the public forum came under fire over the online home of the Falkland Islands, the .fk top-level domain.

Argentinean representatives had repeatedly complained during the meeting about the allocation of the .fk TLD to the people that live on the Falkland Islands, claiming ICANN – through its IANA contract – should never have given it to them while ownership of the islands was under dispute.

That allocation happened in 1997 with a redelegation to the islanders themselves in 2005.

At the public forum, the University of Venezuela chimed in on behalf of its neighbor. "We would like to express our support to what Argentina has said about how ICANN released the domain to the British Malvinas Islands … you are taking part within a political aspect that has not been defined and is currently in a dispute at the United Nations. A proposal from Argentina is to establish a working group to review the situation as soon as possible and we are supporting this vision and proposal."

In 1997, when the ccTLD table was published, '.fk' was given to the Falkland Islands, or Malvinas, and ICANN said there were no reservations … But the UN has certain reservations … and ICANN did not take this into account. On the contrary, ICANN assigned a ccTLD to a territory that was still being disputed.

As a result, he said, Argentina's internet association asked for ICANN to set up a working group to look at the issue, and, "I'm still waiting for a reply after two years."

Apparently unaware of the quagmire he was about to step into, South African ICANN Board member Mike Silber then suggested that ICANN would look into the issue:

Porto was, unsurprisingly, excited that the ICANN Board was going to consider turning over the Falkland's internet space to Argentina: "Thank you very much for your reply. This is what we have been waiting for, so we really appreciate it, thank you very much."

But it wasn't over yet. Just when the Argies thought they had won, in came HMS Invincible, in the form of UK government representative Mark Carvell. 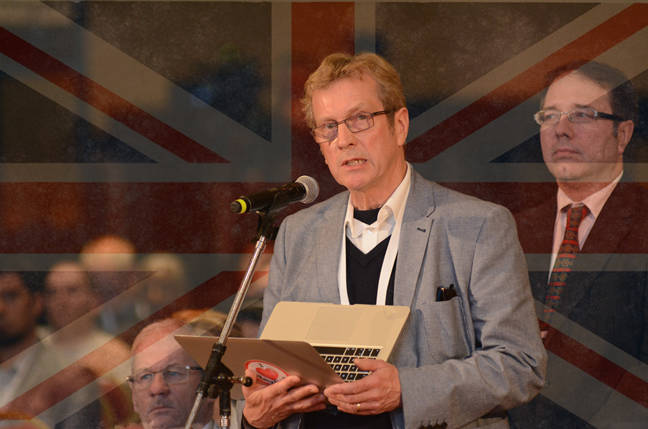 Here comes the cavalry: Mark Carvell puts a stop to this nonsense.

Good afternoon. My name is Mark Carvell. I represent the United Kingdom and its overseas territories. I regret that I'm required to take up time from this important public forum to respond regarding the allocation of country code for the Falkland Islands and South Georgia.

The United Kingdom has no doubt about its sovereignty over the Falkland Islands and their surrounding maritime areas nor as to the islands' right to decide their own future, the right to self-determination as enshrined in the UN charter and the international covenant of civil and political rights.

And before you could say "General Belgrano," he upped and left, leaving the room in awe – and a little bemused as to what the hell had just happened. 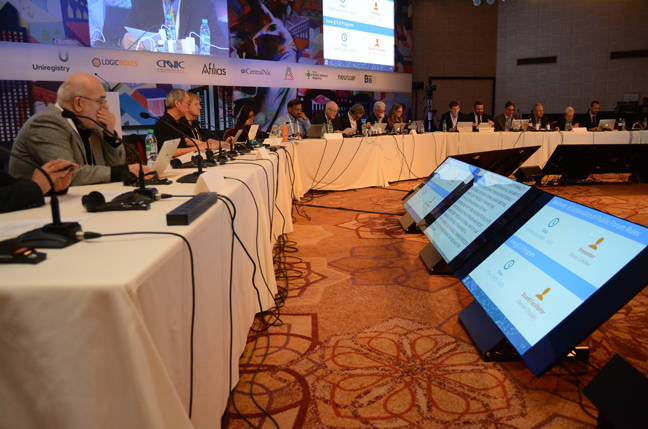 While there's little doubt that the Brits have triumphed again, the incident does raise a bigger issue, as ICANN plans to take over the IANA contract from the US government in June next year: what the hell happens when there isn't the backstop of the US government and global political disputes are left in the hands of 20 nerds lined up in a long crescent? ®

If you think customers were impatient before, this report won't soothe their worries
Systems15 Sep 2022 | 11