Google has begun public road tests for a line of self-driving cars designed to be free of such fripperies as a steering wheel or pedals.

The Chocolate Factory kicked off the tests in its hometown of Mountain View, where it has been running them on private tracks up until now. The cars will be driving on the local roads away from freeways and major thoroughfares from now on and will have their speeds capped at 25 mph. 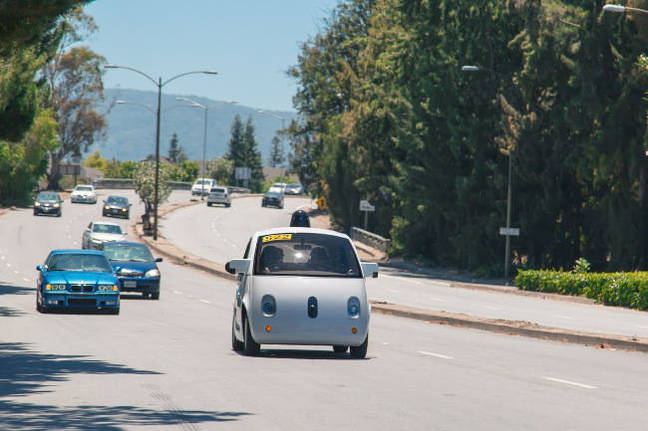 Hey, it worked out well enough in Total Recall

The cars currently run the same software as Google's line of Lexus self-driving vehicles, but these new vehicles were built to be fully autonomous, traversing the streets without any need for interactions with a human passenger save a destination.

"These prototype vehicles are designed from the ground up to be fully self-driving," Google said in a post announcing the move.

"They’re ultimately designed to work without a steering wheel or pedals, but during this phase of our project we’ll have safety drivers aboard with a removable steering wheel, accelerator pedal, and brake pedal that allow them to take over driving if needed."

The presence of those drivers was, in fact, mandated to Google by the California Department of Motor vehicles. Currently, it is illegal for a self-driving car to operate without a licensed driver behind the wheel. ®