Red Hat promises lustre for Gluster, and heft for Ceph 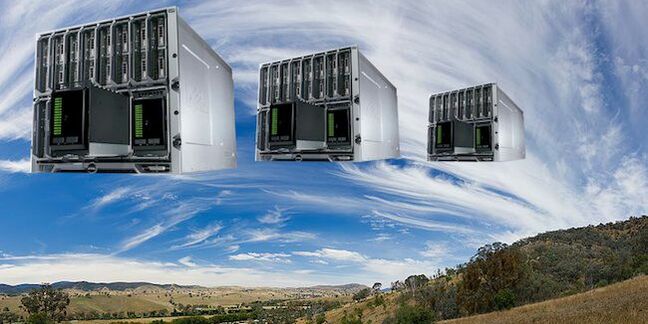 Red Hat has ratcheted up its software defined storage portfolio, taking the wraps off Ceph Storage 1.3 and Gluster Storage 3.1 at its marquee customer event in Boston this week.

The vendor played up the ability of both products to help customers manage storage at “petabyte scale”. Which one matters most to you depends, of course, on exactly what you’re looking to do with your infrastructure in general, and storage in particular.

The Ceph platform, brought into Red Hat just over a year ago, is pitched as a massively scalable, distributed, “self-healing, self-managing platform”, focusing on block and object level storage.

Red Hat has given Ceph Storage's rebalancing logic a do-over in 1.3, saying it will prioritise data integrity over other functions, while a pause feature will reduce the impact of performance during cluster changes. The platform has used contributions from Intel and SanDisk to optimise performance on flash devices. Because if you’re going massively scalable, you won’t just be using spinning disks, after all.

If you’re less focused on Ceph’s key markets of rich media and cloud infrastructure, you’ll be glad to know that the file focused, Gluster Storage 3.1, now includes support for erasure coded dispersed storage volumes, to help reconstruct lost or corrupted data. And you won’t be surprised to hear that Red Hat reckons this should reduce the need for RAID, and cut TCO by as much as 75 per cent. Automated tiering is now included, as are bit rot detection scans.

Security has also been enhanced, Red Hat says, with SELinux support enforcing mode and SSL-based networking encryption, while support for NFSv4, and SMB3 is included. The revamped Gluster Storage should hit the market later this summer.

Red Hat also used the event to debut its Access Insights service, which should broaden admins’ view into their Red Hat infrastructure by producing operation analytics covering performance, availability, security and stability - if they are using Red Hat Enterprise Linux 6 or 7. ®

Well now you node: They're not known for speed, but Ceph storage systems can fly