That man told me to stuff a ROLE up my USER ENTRY!

Don’t get feudal with me, sunshine 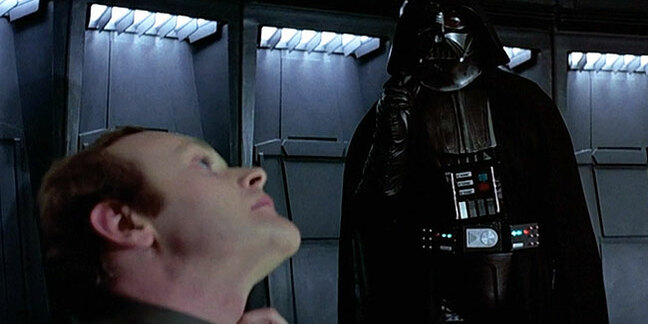 Something for the Weekend, Sir? “Who are you, again?”

To be honest, I can hardly blame him, considering my own inability to memorise names instantly, as recounted in this column many times. Tell me your name and within 10 seconds I will have forgotten it. Someone (I forget who) told me that I should write names down as soon as someone tells them to me, but I forget to do this as well.

Patiently, I remind the gentleman at the other end of the internal call what my name is.

Surely there are politer ways of asking this. Perhaps this is what I sound like whenever I forget who I’m talking to, which is always. The best way to memorise the name of someone I have just met is to photograph them on my smartphone (for revision later at home) and stare at them for while, repeating their name over and over again.

Most people overcome the initial shock of having their photo taken by a stranger, especially when the flash is on, but it’s the unexpected mantra-like repetition of their own name that they don’t seem to appreciate, at least not after the first couple of minutes.

I thought people liked to hear their own name being spoken out aloud. Huh, you’d think they didn’t want me to learn their names.

I provide my username. Unfortunately, this is not what is wanted.

That sounds like a fine idea for a TV panel quiz show if we were living in the 1960s, but no help to me. What is this idiot jabbering on about? I tell him my role is to be a defining figure in the department: a friend to colleagues, a rock of reliability to managers, an unattainable personification of heroic glory to interns, an object of mild curiosity to the people who empty the office bins, and a subject for further inquiry to the police.

“Your role, as in your level of user permissions. Are you a ‘CEO’, ’senior manager’, ‘junior manager’, ‘departmental executive’, ‘middle minion’ or ‘serf’?”

I tell him I’m none of those things: I am a freelance contractor, which makes me nobody’s boss and nobody’s servant.

I roam the corporate savanna without a care, without commitment and without an employee pension, as the wild dust sifts between my toes and the wind flows through what remains of my brittle greying hair.

Unimpressed, he states rather flatly that I must have a role and that I should ask whoever hired me to tell me what it is. Luckily, that very person is sitting next to me. I lean over and ask her who I am. She doesn’t know. Worse, it turns out she doesn’t know who she is, either.

A spark of inspiration: I ask the man on the phone who he is.

Perhaps I am ‘customer services’ too?

The problem, as no doubt you have guessed, is that I do not fit any existing permissions profile. When the system was conceived and tested, it was generally accepted that every single person using it would fall into the predetermined corporate hierarchy of feudal roles, somewhere between lord and peasant.

To question this wisdom would be to question the managerial understanding of business processes. To ask for additional cross-policy logins “just in case” would be treated by the security team as an admission to being a member of Anonymous.

And in time-honoured fashion, user acceptability testing would have been signed off by someone due to leave the company the following week, training was delivered while half the staff were on holiday, the developers have moved on to more interesting projects, and now there’s no-one left to get cross at.

On every – and I do mean EVERY – project that involves rolling out new network applications, user permission levels are the thing that goes tits up right from the start.

Don’t blame the developers, support or project managers: it is entirely the fault of senior departmental managers who supply the names for the login lists in the first place. These are people who make a career out of not really knowing what their staff do or how things actually get done, and whose job description insists they should know fuck all about anything beyond cars and golf.

The first time I experienced this was while working on a corporate content management system. The shop floor, as it were, was populated by a mix of permanent, contract and casual staff. So when we saw the list of logins, naturally a couple of us asked what provision was being made for contractors and casuals – like ourselves, for example?

Next page: If your name's not on the list ...
Page:
Tips and corrections
45 Comments

Windows Dressing: Psst... Fast Ring folks, whispers Microsoft. You're in this for the cool icons, right?

Fluent, fluent everywhere but not a patch that works