Q: What's black and white and read all over? A: E-reader displays

Evolving e-books and the holy grail of colour e-paper

Feature Reading on screen can be something of a chore. As computers have become smaller and more pocketable, so it's become more possible to carry around a device that not only has a reasonable quality display, but weighs little enough to be considered a replacement for a book. 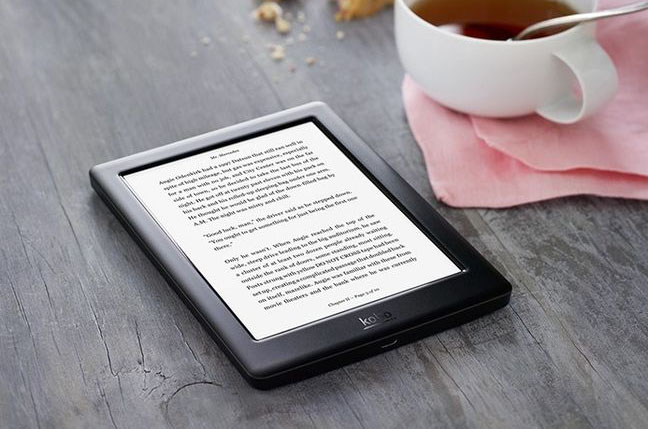 For many, however, despite the advances, there are still compromises involved in using a computer for reading. Tablets are convenient, but with their backlit liquid crystal displays, reading outside in bright light can be a struggle, especially with reflections bouncing off a high gloss screen. Battery life can be an issue, too, and depending on what you do, you need to charge every few days, or even daily.

The only currently viable alternative is an electronic paper display. For most devices that currently means E Ink, as found on Kindle and Kobo readers, as well as the old Sony models. For many years, I used my faithful Sony PRS–505 before switching to a Nexus 7. When the screen needed a replacement on that – and I switched back to the Sony – I realised I'd forgotten how much more satisfying I find an E Ink display. 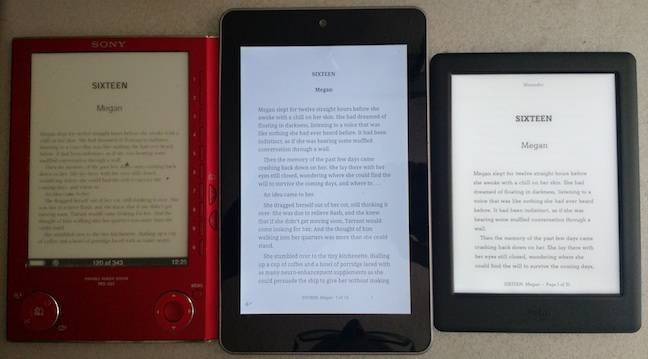 However, the PRS-505 is ancient now. So I've been playing with some newer kit and looking at the current state of e-paper displays. The two big players in the market are now Kobo and Amazon. Both have just released new readers, the Kobo Glo HD and the Kindle Paperwhite.

We'll be doing a full comparison soon, but really, the choice between them is as much down to your pick of ecosystem as anything else, since both are using the latest E Ink Carta screen.

That gives them a 300dpi display, based on 1448x1072 pixels, on a six inch screen, with optional front-lighting, which means you can easily read indoors without having to turn a light on, if you want. Though these latest readers seem incredibly small, thanks to their small bezel, the screen is exactly the same size as on my old Sony.

Compared to PRS-505, this latest generation of reader is a great improvement. You can change fonts easily, instead of flashing new firmware. Both devices have a font selection built in, and of course you can buy books easily via their respective stores via Wi-Fi or even 3G with the Kindle.

And, as you can see from the photos, not only is the screen they both share sharper, but contrast is much better. In direct sunlight you won't notice it so much, but the front-lighting really makes a difference when it's gloomier, and the experience is much more like the printed page. 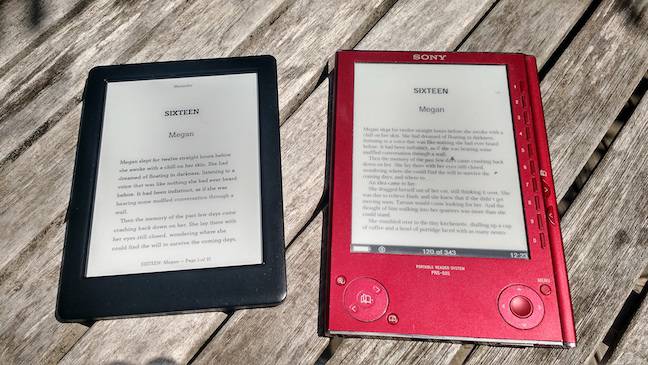 One of the annoyances often cited about E Ink displays is the flash of black, which resets the screen to ensure the updated image is crisp and without ghosting. Again, the latest generation Carta screen can minimise that, so it needs to be done much less often. When it comes to black and white e-Paper, this is more or less the state of the art. More to the point, it's about the only sort of e-Paper device you can buy.