Why OH WHY did Blighty privatise EVERYTHING?

Off the grid and over the sea

Some other privatisations are more obvious: there's no particular reason the government should be owning Amersham, making nuclear medicines and isotopes. Rolls Royce was nationalised to stop it going entirely bust but, again, why should government own a jet engine maker? It's really the utilities, the railways, that are the controversial privatisations.

And how the privatisation was done was hugely important.

Stanford economics professor Al Roth got his Nobel for his work in how you can and should design markets and a lot of work (not by Roth, I should point out) went into trying to make damn sure that we were going to get the best market designs we could.

In the case of electricity, that National Grid is obviously a natural monopoly. But there's nothing monopolistic about having a gas-fired electricity generation plant. Or solar cells or any other generating technology. Nor is there about running a billing system to make sure that people pay for the 'leccy they consume.

So, the system was set up with the Grid being a highly regulated monopoly and then, subject to the usual technical standards, anyone could feed power into it and anyone could set up as a retailer of the power out of it. And very importantly, the Grid couldn't own anything at either end.

In this case, we could say that the entire electricity generating system – the CEGB – was a monopoly. And that one specific part of said system really is a natural monopoly, that grid. So, let's pull the monopoly out, regulate it properly, and then have as much competition in the other parts of the system as we can. Which is what was done.

It's not a perfect system and a lot too much pissing around with it has been done more recently than there should have been. But it's still a better system than the one we had (all those worries about the lights going out are because of the ridiculous manner that climate change is being addressed, not the structure or ownership of the market).

The aim of privatisation wasn't therefore so much the idea that private profit seeking will make everything tickety boo. Rather, that competition, as much as we can get, will.

Some of these businesses are natural monopolies, yes, but only if we divorce regulation from ownership are we going to have the right incentives for said regulators: thus the state regulating private providers will (at least, in this flavour of economic and political analysis) work better than the state being an actual actor in the market.

All of which leaves us with the puzzling thought that foreign state-owned companies seem to do rather well in our British privatised markets. And if they can then why couldn't the British state manage this itself? At which point, I'm wandering off the generally agreed story and into my own supposition. 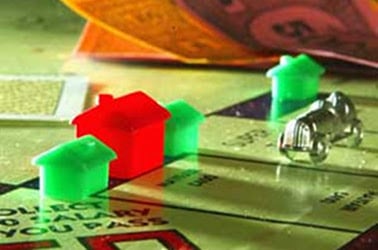 Which is that a government running something has to please many different constituencies. Sure, it's the provider of a good or service, so it's got the customers to think about. But the workers in that company also have the vote, their unions get to come for beer and sandwiches at No 10, it's long been a factor of public life that certain MPs are sponsored by certain of such unions, and so on.

And of course we've the normal special interest problem here: the workforce and the unions are a great deal more interested in what happens in those state companies than the general public are. Sure, we might whine a bit about it taking BT three months to get us a telephone line, but that's as nothing to what the government hears when the unions and workforce of the state-owned BT get a bit uppity.

So there's a balancing act going on and it's not obvious that efficiency of production nor consumer satisfaction will win out over those other voices. That's when the state owning those producers is subject to the public voices of those special interests, of course.

But if the state is that of another country, then this problem rather goes away. And, while the company might be state-owned, it doesn't have to act as one: it can concentrate on that efficiency and consumer preference without having to worry about those competing interests going whining to the boss, the state.

And I do think that this argument makes sense.

The German government isn't all that good at running Deutsche Bahn, nor the French at running SNCF. But state-owned companies from both countries seem to do just fine running businesses in the UK. Meaning that I tend to think it's not the state-owned so much that matters. It's state-owned where that state is part of the politics of the regulation, where the state is subject to the pull of those special interests.

Of course, the end state of this argument is that I think that Network Rail would be good at running SNCF. But while I might be pretty odd and a rampant free marketeer, I'm not actually mad. ®

Analysis The question is: how severe will the Middle Kindgom's response be?
On-Prem21 Oct 2022 | 8

The great semiconductor drought may be about to break

Or maybe we've just lost our appetite. Either way, lead times are very slowly on the mend
On-Prem19 Oct 2022 | 9

Comment Threatening to destroy them could give them just as much leverage, while averting all out war
Systems13 Oct 2022 | 22