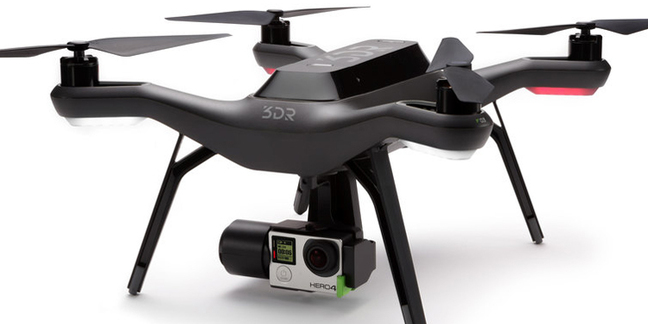 The Dronecode open-source UAV platform initiative has announced that it has welcomed on board a raft of new members, who'll help drive the project towards becoming a de facto standard for consumer and commercial drones.

The non-profit organisation – governed by the Linux Foundation – was formed in late 2014. Founding members 3D Robotics (3DR) and Yuneec International have since been joined by 27 other organisations and sponsored members, keen to participate in the "neutral, transparent initiative for advancing UAV technology", as the Linux Foundation's marketing big cheese Amanda McPherson described it.

The latest recruits to the cause include US autopilot outfit Arsov RC Technology and Chinese UAV manufacturer Walkera.

Among those now enjoying sponsored status are OpenRelief, which provides "open, crowd-sourced information solutions for disaster relief", and the Open Source Robotics Foundation.

McPherson enthused: "We're thrilled to welcome today's new members. Their participation affirms the collaborative development model, enabling more parties to provide resources and support to the already vibrant drone community. From improving wildlife protection and search and rescue, to 3-D mapping and precision farming, drones can change our world for both goodwill and economic gains."

Droneshare currently has around 1,200 developers hewing the platform from the living code. It has already been implemented in 3DR's Solo quadcopter, running on two 1GHz Cortex-A9s - one in the vehicle and one in the ground controller.

While the Solo still boasts a 3DR Pixhawk autopilot running ArduPilot (itself a Droneshare-supported project), the Cortex-A9 takes the processing strain out of delivering live video from aloft, while "dramatically reducing the likelihood of autopilot system failure during flight".

Earlier this year, our own Low Orbit Helium Assisted Navigator (LOHAN) team member Andrew Tridgell appeared at the linux.conf.au in new Zealand, discussing the ongoing porting of ArduPilot to Linux.

Dronecode, meanwhile, welcomes developer participation, and there are details on how to get involved here. ®

Oh, and the £1.1bn Airwave extension hasn't yet been triggered