This feat is accomplished by retaining most of the feeds and speeds, such as the 7,200rpm spin speed, but giving it a 6Gbit/s SATA interface instead of the MC04's 12Gbit/s SAS option.

Toshiba doesn't say how many platters it has but we think, based on the picture Toshiba supplied, the 6TB model has 5 x 1.2Tb platters. The 6TB model weighs 770g whereas the others weigh 720g, suggesting the 6TB product has an extra platter and read/write head.

It's a nice steady evolution of the uprated MC04ACAnnnE generation of drives that topped out at 5TB capacity, using 5 x 1TB platters. Tosh says the new MC04 is 20 per cent more power efficient as well as having 20 per cent more capacity than these drives.

The increased power efficiency is no big deal; use the same motor and electronics and increase capacity by 20 per cent and your watts/TB figure goes up automatically.

The transfer speeds are:

Both Seagate/Samsung and WD/HGST have got shingled drives in their armoury.

Toshiba has a smaller but growing 3.5-inch drive market share compared with these two behemoths, and it faces the same capacity increase hurdles as Seagate/Samsung.

HGST has its helium-filled drive technology which gives it an extra platter in the same enclosure space and so a capacity edge over Seagate/Samsung and Toshiba. 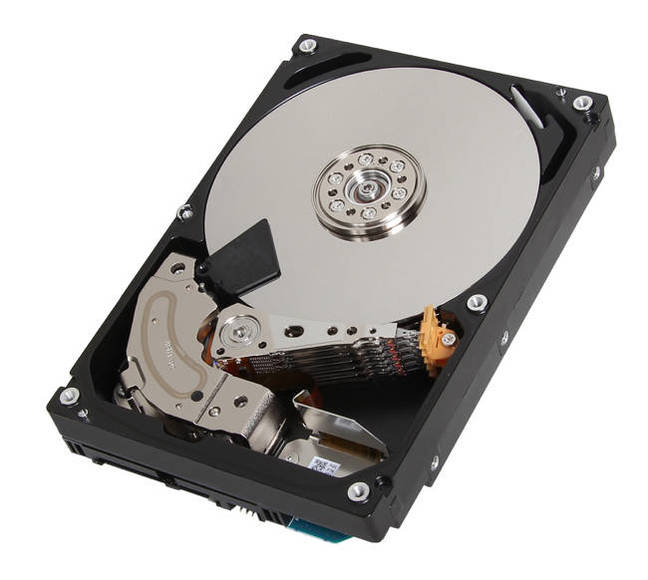 Perhaps another revue of PMR technology will enable 1.4TB platters and enable 7TB drives before the HAMR cost blow falls.