Pony-tailed CEO spills beans on his firm's rather racy system

It sees storage and compute converging and its edge here is to bring its supercomputing/HPC expertise to bear on the IO side, with its WolfCreek hyper-converged system.

This comes in two packages. One is the converged, turnkey compute and storage 4U appliance. The second is as software on an commercial-off-the-shelf (COTS) server set-up, with a 12U rack footprint and six nodes – two per 4U.

DDN claims that the WolfCreek appliance will speed IO by up to 10,000x, file system work by a hundred times, accelerate apps by ten times and provide 5 million IOPS – all from one 4U node. 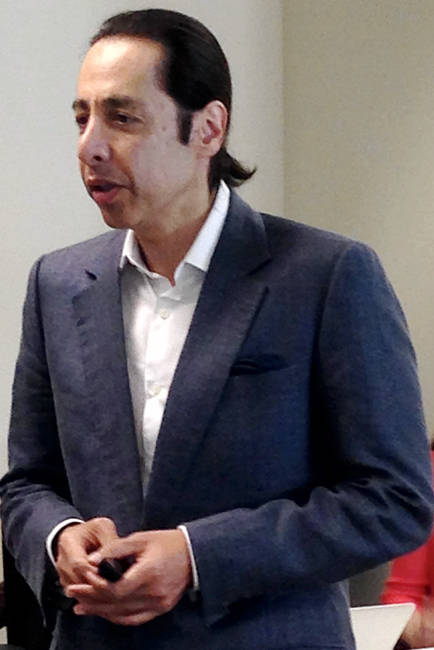 DDN’s EVP for marketing and product management, Molly Rector, said: “The new 'WolfCreek' platform will deliver enormous latency reduction from application to storage, NVM-e, all-flash options and performance exceeding any alternative on the market in both IOPS and throughput.” 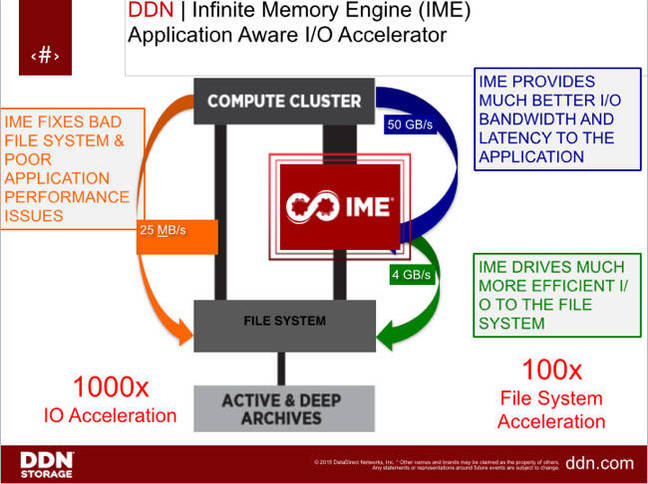 Next page: IME a river
Page: