The Scientific Secrets of Doctor Who

From inventive storylines to theoretical thinking

Page File The Scientific Secrets of Doctor Who is what you might call a publication with a rather bastardised nature, being both a new anthology of Doctor Who short stories with quotations included from the TV series, and short essays about the relevant attached science. 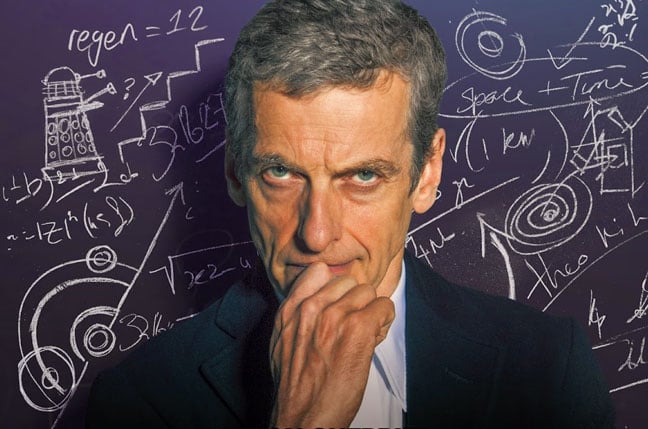 Extracting the science from the fiction

The model for this book, the authors confess, are the four volumes of The Science of Discworld by Terry Pratchett, Ian Stewart and Jack Cohen. Of the two authors of this book, Simon Guerrier is the literary half, Dr Marek Kukula the boffin, and they begin with a disclaimer:

"This isn't a book about what bits of science Doctor Who might have got right or wrong," they announce. It is designed, like the TARDIS, to be a "book in fact that's bigger on the inside".

And there is no denying this is a substantial read. The first question I am forced to ask is: "How desperate must they be to peddle science to engage a fictional character?" The answer is that this is a respectable sub-genre of two decades duration since Lawrence M. Krauss's The Physics of Star Trek. These books must sell well (nerds like sci-fi) but science fact and science fiction sandwiched together? I'm not so sure.

This is the second book to deal with Doctor Who and science, though the first to include new fiction. Brian Cox recently televised a lecture about the same subject, and it appears that fact needs fiction like never before.

There seems to be a conscious effort to lull veteran Whovians into a state of complacency as the 1960s and 1970s references come at you thick and fast at the beginning of the book. For instance, astronaut James Lovell and Steppenwolf's Magic Carpet Ride are both referenced early on.

As is this rather glib remark: "People in history weren't stupid." Well, maybe only in recent history, at least not this guy Aristarchus who invented Heliocentrism.

These elements are then interspersed with a few vintage Doctor Who soundbites and some brand new short fiction. You get the picture? You can almost hear the publishing exec reasoning: "That way we get these ignorant slab fondlers into science and reading, it's a win/win situation”.

There are some scientific secrets hidden here in plain sight, such as the entire population of Mars being robots. The short story seems to suit the literary Doctor Who format well, with no original author to emulate, the only thing which the multiple authors of these stories seem to capture consistently well are the Doctor's speech patterns.

Any hope that a literary format may be able to enlighten us as to the Doctor's thought processes are dashed early on. We are allowed carte blanche inside the brains of his human sidekicks, but the Doctor, like the universe it seems, must remain inscrutable.

The standard of the short stories is above average, with one or two, particularly James Goss's Multiverse analogy The Room With All The Doors being very good indeed. We progress spookily from, "One room had been so short we had to crawl through it. Another had clouds, we liked that one” to "The room where thinking changed the colour of the walls, the room where speaking hurt”.

The question remains: Do I need interesting nuggets of science advertising themselves in my literature or vice-versa?