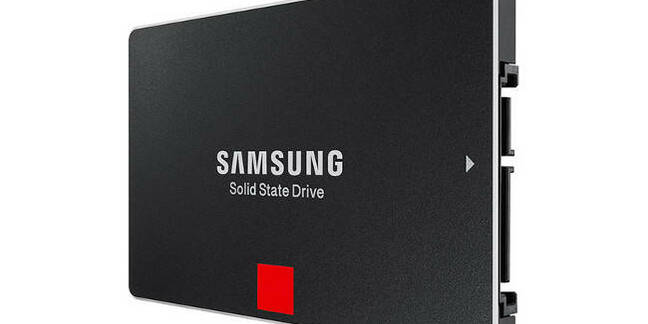 Samsung has brought out a pair of mighty 2TB solid-state drive (SSD) internal drives aimed at the consumer market.

Samsung has long touted the 3D V-NAND chips as a more scalable and power-efficient alternative to previous flash storage methods.

A 2TB capacity had been previously reported as possible, should users ask for one. Samsung said that, indeed, users had clamored for more storage space in the EVO and PRO SSD lines.

"The release of the 2TB SSD is a strong driver into the era of multi-terabyte SSD solutions."

The 2TB drives join Samsung's line of 120GB, 250GB, 500GB and 1TB 850 EVO and PRO SSDs. Samsung says the 2TB EVO and PRO models have the same speeds and feeds as their 1TB counterparts:

The news comes nearly seven months after Samsung unleashed the 1TB 850 EVO drives on the market. A Reg review found the drive to be a solid option for those seeking a cheap SSD option. ®