The Start menu resembles something descended from the Windows 95 Start menu. That's the good news. But it's a thing that's been designed by a committee, and this committee appears to have been handicapped by some non-negotiable requirements. It was obliged to keep Win 8.x Tiles, and keep Modern apps in front of users.

Those two requirements make it much more clunky than having a simple over-the-desktop app launcher overlay, as OS X does with Launchpad. Now that's a nice clean simple launcher: it's easily customisable and Microsoft could have extended the concept by allowing you to pin folders and document shortcuts to it.

The Windows 10 Start Thing is an incredibly complicated beast. It's really a two pane control, where each pane scrolls, and each pane has its own behavioural semantics. The right pane is configured from a separate Settings app, while the left pane is configured interactively. I wonder who thought that was a good idea? 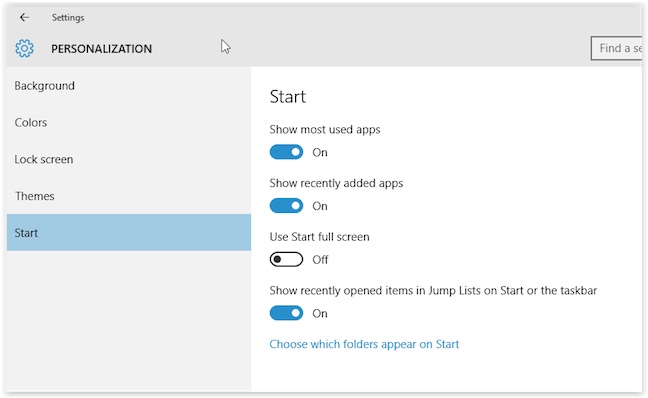 Probably nobody, but that's how most of Windows 10 seems to have fallen into place. 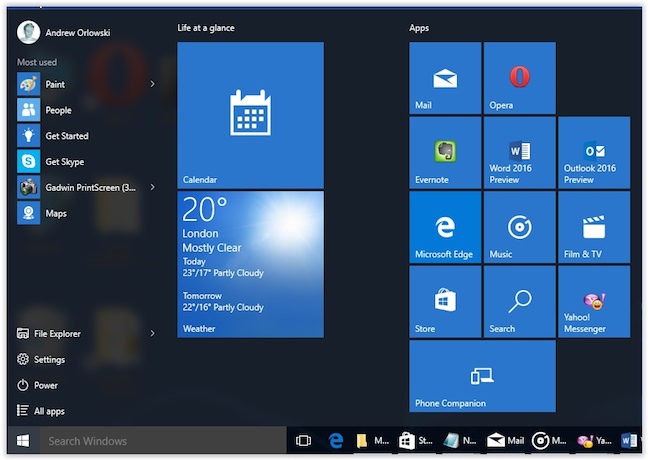 And "Page two of Column One" looks like this.

You soon realise you can tame the Start Thing a bit by juggling Tiles around, but it's got its quirks, evident in the horizontal horror in this next screenshot.

All I've done is try and move the second Tile Group to merge with the first.

The Thing has created lots of black space and insist I scroll up and down to see it.

You can't just stuff your Tiles in a bunch and be done with it. After some faffing, I could make it resemble a traditional Start menu, without the interactive cruft

But only up to a point.

Half of the Tiles then disappeared. 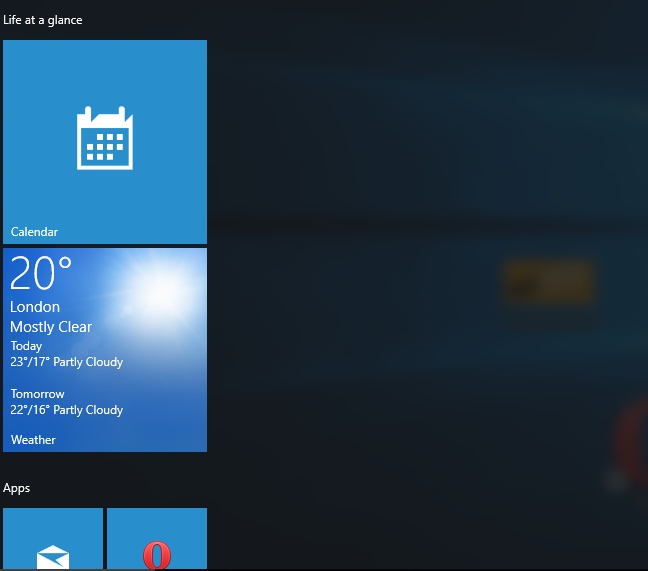 You've guessed it - Windows was trying to create Tile Groups for me. 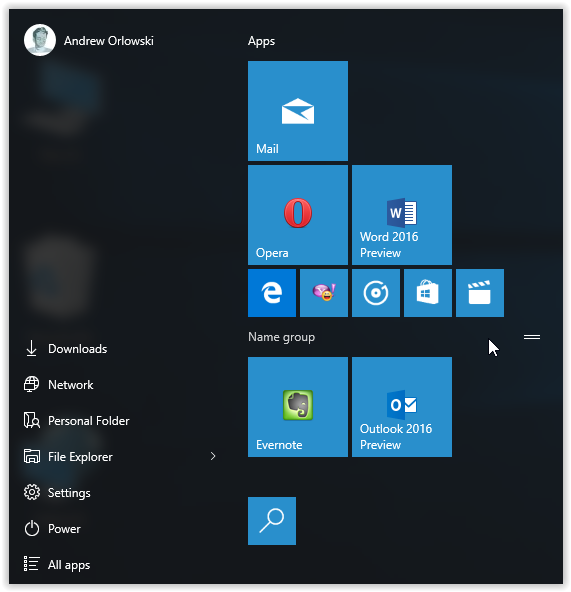 And note that there's still a lot of dead space in the right hand column. I found I couldn't drag a folder to the Start Thing and pin it – a bug, apparently. Although you can right-click on a folder and Pin to Start Menu from there.