You don't need to see that, citizen

On one machine (a Thinkpad X220) Windows 10 refused to install the Windows 10 Monitor INF Lenovo provides, and so chugged along glacially and at a weird resolution. Then it spontaneously started working after a reboot.

On the positive front, Microsoft's chaotic and confusing music apps are beginning to coalesce around one consistent binary. This has the feel of a tablet app (menus are abbreviated by default) but it works really well, picking up music you've previously bought or have on your OneDrive Music folder instantly.

There's also a new Picture viewer, with some familiar tools: filters, colour controls and cropping – but one glaring omission: you can't resize images. 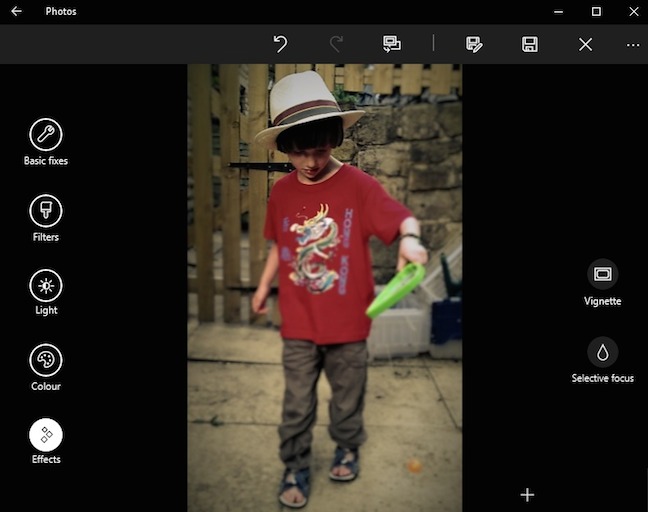 The Mail app looks pretty smart in Windows 10. It doesn't yet support a unified inboxes, a clincher for many (including me), and it hides the keyboard shortcuts from the tooltip, although most still seem to work.

One of the advantages of Windows 8.x over 7 is being able to get Exchange email without having to run the full Outlook. The Calendar now supports multiple Exchange calendars too. Mail is not a sophisticated client, but you're up and running at once.

And of course, there's a new much vaunted browser, Edge. 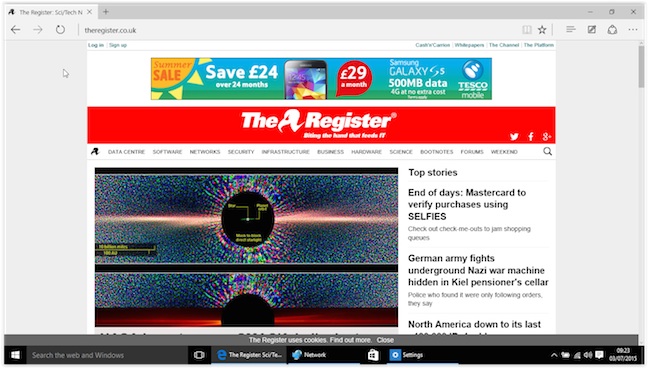 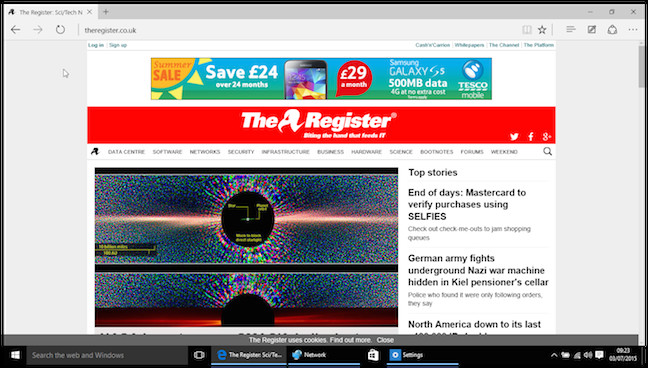 I dutifully set it to default and set to work, and was pleased by the minimal design and the speedy rendering engine. Then I was less pleased that it crashed (twice) while trying to file a story using the in-house CMS. Which really doesn't have any funky gotchas in it. Edge at the moment is just a rendering engine and a few controls.

But with Silverlight not being supported (it's necessary for hugely popular services like Now TV) it's more of a living alpha test than a working browser.