Pics As New Horizons hurtles towards its dwarf planet target, NASA boffins have published the most detailed image of Pluto yet. 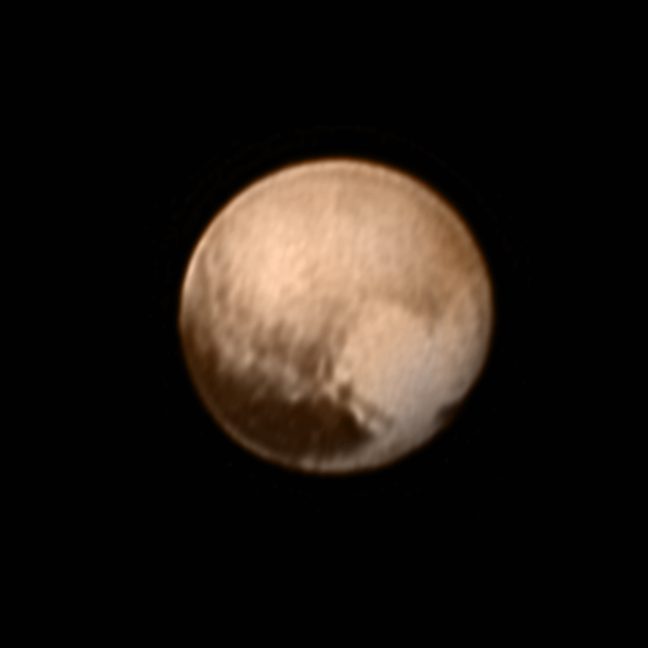 The image, snapped by the Long Range Reconnaissance Imager (LORRI), was taken on 7 July, when the spacecraft was just under five million miles (eight million kilometres) from Pluto. Significantly, it's also the first to be received since the 4 July anomaly which had sent the probe into safe mode.

This view has been centred roughly on the area that will be seen close-up during New Horizons' Bastille Day approach – its closest flyby.

This side of Pluto is dominated by three broad regions of varying brightness. Most prominent are an elongated dark feature at the equator, informally known as "the whale," and a large heart-shaped bright area measuring some 1,200 miles (2,000 kilometres) across on the right.

"The next time we see this part of Pluto at closest approach, a portion of this region will be imaged at about 500 times better resolution than we see today," said NASA's Ames research centre geology, geophysics and imaging team chief Jeff Moore.

Pluto is more alive than Mars, huff physicists who are still not over dwarf planet's demotion