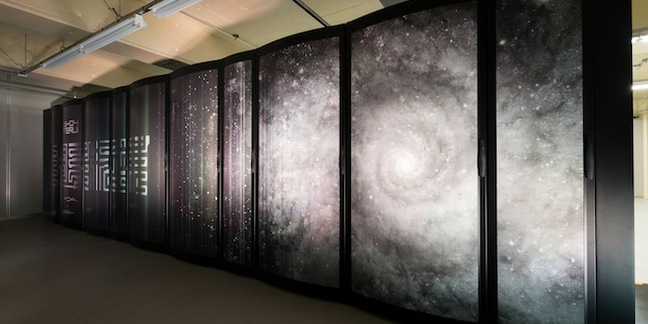 HPC Blog As the kickoff for the ISC’15 student cluster-building competition approaches, it’s a good time to take a look at what the undergrads will actually be doing. But first, let’s talk a little bit about the format of this specific competition, in which students are challenged to build and benchmark HPC systems from scratch against the clock.

(For a more general primer on these competitions, click here.)

Competing in the ISC cluster competition is sort of like running through an obstacle course. After putting your cluster together over the weekend, student teams will face their first scored challenge on Monday afternoon.

As usual, the first day is devoted to benchmarks, with students running the HPCC benchmark suite plus a separate LINPACK run that will determine the Highest LINPACK award. Their HPCC results will count for 10 per cent of their overall score.

Students will run other applications during competition periods on Tuesday and Wednesday. The applications this year include:

LAMMPS: Stands for Large-Scale Atomic/Molecular Massively Parallel Simulator and is one of the more popular molecular dynamics suites. It’s used to model individual atoms or clumps of them that make up metals, plastics, or what have you. We’ve seen LAMMPS in other competitions, plus it’s widely used, so students shouldn’t have too much trouble figuring out how to get it to run on their clusters.

PyFR: Is a Python-based application for solving advection-diffusion problems. So what the hell does that mean? Let’s say you and a couple of pals go out to lunch. One of your buddies says something incredibly crude to your server after ordering the soup of the day – guaranteeing that the server is going to spit into said soup just prior to delivery. You use PyFR to figure out just how much spit your pal has swallowed at any given point during the meal, which is pretty cool.

Octopus: Is a pseudopotential real-space application that simulates electron-ion dynamics of 1–3 dimensional finite systems that are subject to time-dependent electromagnetic fields. While this is probably all the explanation necessary, I’ll go a bit farther just in case some of you aren’t all that conversant with this topic. The key to this app is that it is "pseudopotential" – which, when you’re looking at electrons and such, means that you’re essentially freezing all the stuff in place. This makes it much easier to simulate complex atoms and stuff. So when you want to do that, use Octopus.

Mystery App/Task: These are things that the organizers do to test and/or torture (depending on your perspective) the student teams. It can be an application that is suddenly sprung on the competitors or a task that comes out of nowhere – like having the students radically reconfigure their systems, for example.

The big challenge isn’t running all of these applications – it’s running them fast while remaining under the 3,000-watt power cap. Power is monitored continuously and can’t be gamed. So what counts toward your power cap? All servers, network switches, laptops running system monitoring/provisioning code, file servers, plus fans and other cooling hardware.

Using system hibernation or suspension modes is also forbidden. This includes suspending the system to RAM or to disk or anything slick like that. The cluster has to be powered up and ready for work at all times – this gives everyone a level playing field.

Competitors are judged on their HPCC benchmark score (10 per cent), how well they run the applications (80 per cent), and an interview with competition organizers (10 per cent). I lobbied for a talent category, but was voted down.

There will be five prizes awarded: Overall Champion, 2nd place, 3rd place, Highest LINPACK, and Fan Favorite. The Fan Favorite award is given to the team that receives the most votes from show attendees.

Next up we’ll be on location in Frankfurt talking to the teams and seeing what’s what on the ground. Stay tuned. ®

Who needs a supercomputer when you can get a couple of petaflops on AWS?

Who bought the most powerful commercial supercomputer? Come on, it's Total-ly obvious