Everything you know about OpenStack is wrong

The future of IT infrastructure delivery? 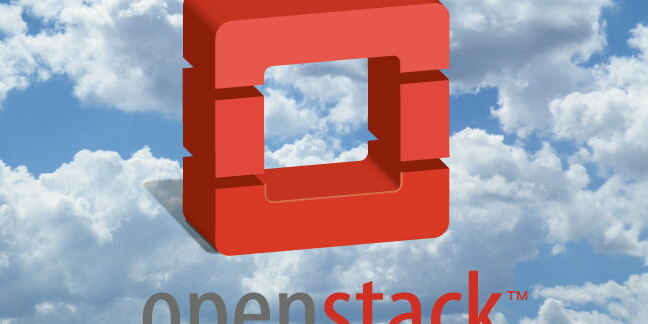 Perhaps the biggest and most important tech bubble in modern history is the train bubble of Victorian England. Called railway mania today, investment in trains was well out of touch with the reality of reasonable revenue. Innovation was explosive and everyone was angling for a monopoly.

It took legislative intervention to start down the road towards a common track gauge so that trains could operate on different tracks. Even then, the legislative process that eventually drove standardisation took decades, and other nations didn't get the memo.

The US in particular was festooned with oddball track sizes that were never going to be inter-compatible with others because they were originally conceived as means of going from one place to another and nothing more. This lack of compatibility caused some problems for the Confederate States of America during the American civil war, and it made post-war rebuilding efforts costly and difficult.

Connecting the Midwest and, in time, Canada – which had its own, different track gauge – were other hurdles. Companies that were building odd track sizes exported their proprietary standards to other countries before legislated standardisation took hold. The result is that 150 years after railways started to take off the world is a XKCD-class standards nightmare .

We're in a tech bubble today. Cumulative investment is disproportionate to any realistic return. Innovation is thundering ahead, but it is being done with each company trying to define their own standards and in doing so own entire ecosystems.

As Dale Vile, lead analyst at Freeform Dynamics, puts it: "Everyone wants to be IBM in the 70s. If you came within a mile of an IBM device with a screwdriver IBM got to charge you a lot of money. They owned every piece of it, the whole stack we'd call it today. But they can't all have that, can they?"

The result is likely to be something that looks very much like this world map of track gauges on Wikipedia. Big swathes of standards interspersed with a bunch of oddball stuff.

OpenStack is an attempt to avoid a repeat of our history.

OpenStack is an open stack

OpenStack is a framework that creates the ability to provide IT infrastructure to companies ranging from single-node SMBs to pan-global data centres. It does this by providing any company that wants to create a commercial or open source product that fits into any niche to do so, but without allowing any one company to "own" the stack.

All companies, products and projects must compete on merit because any one of them can be replaced with relative ease. OpenStack enforces standards of interoperability, but it does not enforce a choice as to vendor, product or project as a solution to any given niche.

Let's look at storage as an example.

Anyone can build a storage array that works in OpenStack. All you need to do is build a driver for your array that talks to an OpenStack component called Cinder. This allows other parts of the OpenStack stack to consume, control and coordinate the block storage you are exposing via Cinder.

Just about everyone has a Cinder driver which means that without replacing any of the default plumbing you can pick from a dizzying array of storage solutions.

The heavy hitter array vendors such as HP and EMC will talk to Cinder. You can go all the way up and down the list and you'll see everyone except the lowest end NAS providers. NetApp, Tintri, Tegile, Solidfire, Pure, Coho, Microsoft (via Windows Server) - everyone's got a Cinder driver.

Synology seems to be the breaking point; despite tentative attempts to move upmarket, it doesn't have a Cinder driver, and neither does its competition – D-Link, Buffalo, Drobo and so forth.

OpenStack isn't currently being adopted by the SMB market so SMB vendors aren't investing in OpenStack support. Of course, SMBs aren't adopting OpenStack largely because there are few SMB vendors that support OpenStack.

Next page: Innovation not waiting for the old guard to die
Page:
Tips and corrections
9 Comments