Currently, you’ll find drives that run at x2 and x4 PCIe speeds. In terms of performance, of even more importance is what specification/generation of PCIe they utilise – either 2.0 or 3.0. So, what’s the difference?

When it comes performance, there's a huge difference across the generations. The theoretical bandwidth of a PCIe spec 2.0 link at x2 is 8Gbps and at x16 it's 64Gbps. For the 3.0 specification, this rockets to 16Gbps running at x2 and 32Gbps for x4. The next generation 4.0, will double those 3.0 gen bandwidth figures. 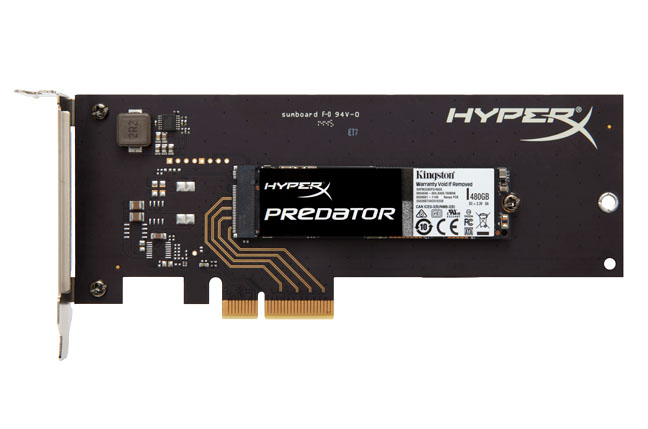 To show the performance advantages of the various type of interfaces I begged/borrowed/stole a range of drives to benchmark. Representing the M.2 interface we have Plextor’s M6e 2x PCIe (Gen2.0), and two Samsung drives, the XP941 x4 PCIe (Gen2.0) and the mighty SM951 x4 PCIe (Gen3.0).

Kingston’s drive is interesting, as it straddles both the M.2 and PCIe interfaces, being available as a straightforward M.2 format drive or in a PCIe based adapter card. For the SATA 6Gb/s drive to compare these against I chose Samsung’s 850 Pro, one of the fastest SATA drives around.

Hold up, I hear you cry, what about SATA Express? Well, what indeed. I did approach WD to see if I could get hold of a prototype drive but the request was met with a very robust NO.

As mentioned above, for benchmarks I used an ASRock Z97 Extreme 6, which is a perfect board to test the various interfaces, as it comes with all that you need; two PCIe Gen 3.0 x16 slots and a single PCIe Gen 2.0 x16 slot.

It has two M.2 sockets, one running at Gen3.0 x 4 while the other is a Gen2.0 running at x2 PCIe speed, which also supports SATA M.2 drives and it also has a SATA Express connector thrown in as well. With the latest BIOS, it also supports and boots from NVMe drives but you do have to do a little tinkering in the BIOS before you start.

Although Windows 8.1 has a native NVMe driver built in, I found that to get the best from any NVMe drive you need to download and instal Intel’s own driver – by far the better written one of the two.

This snapshot of benchmarks shows where the capabilities of SSDs are headed, both in terms of performance and capacity. Indeed, using the PCIe bus of a motherboard leaves plenty of scope for both increasing dramatically.

There is plenty of headroom in the PCIe bandwidth to get even faster drives, especially when PCIe Gen 4.0 comes available (2016/2017). Also, as more tweaks are made to the NVMe architecture – while using more technically advanced NAND, such as 3D NAND – we should see capacities increasing as well. As to what these gains will do to the pricing is anyone’s guess.

Next page: What a performance
Page: